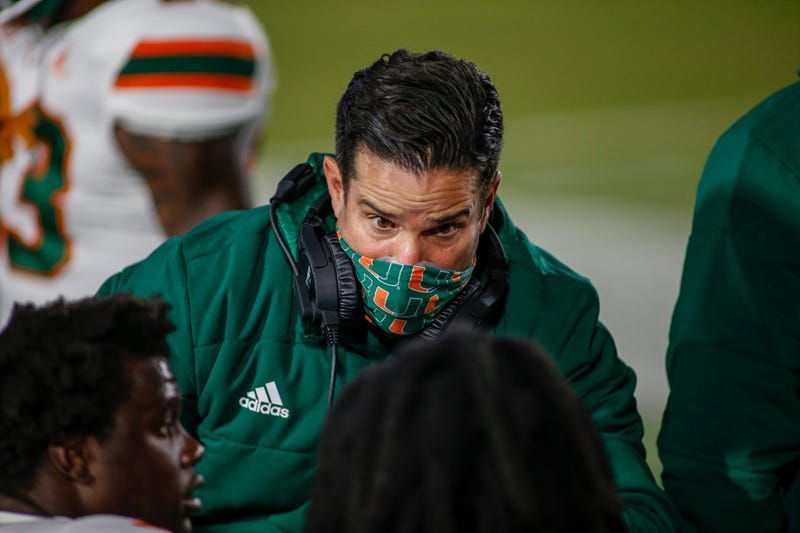 Last Friday, Miami head coach Manny Diaz dropped by CBS Sports Radio to discuss the Hurricanes’ season, as well as the College Football Playoff. Miami entered the week ranked No. 10 at 8-1, with its only loss coming to Clemson, but even then, the 46-year-old Diaz wasn’t too focused on the rankings.

“I don’t pay attention to it,” he said on Tiki & Tierney. “I’ve never seen another sport that ranks postseason while the regular season is still going on. It would be like if we released [the] March Madness bracket in February and then argued about it – or even the NFL playoffs, if we said, ‘Here’s the bracket as it stands today,’ when we know we’ve got three or four weeks left. There’s still stuff to do, there’s still games to be played, and that ultimately should matter.”

Miami lost its second game of the season Saturday, falling to No. 17 North Carolina, 62-26. While the Hurricanes are out of the playoff mix, Diaz believes the committee should reward teams that played a longer schedule this season.

Overall, Diaz believes the playoff is an improvement from previous systems but that it still feels too much like a “beauty pageant.”

“College football and fairness in terms of postseason and a champion, that’s been our struggle since I’ve been alive,” he said. “We used to just have bowl games. . . . You might have three teams that are all undefeated playing in different games, and then the voters [decided a champion]. You’d wake up the next day to find out who the national champion is. Then you had BCS, which basically was designed to put 1-versus-2, but obviously we know there was all kinds of arguments with who was No. 3 and who should have been in and so on and so forth.

“What I would say is this,” Diaz continued. “We have improved the system. We’ve got four now. But that’s always going to be a problem because who’s five and who deserves to be in the four? This year, forget about it [with teams playing a different number of games]. But that is the beauty pageant of college football. We do pay a lot of attention to what happened a year ago and that affects our rankings the following year. It’s always been that way, and I don’t think it’s ever going to change.”