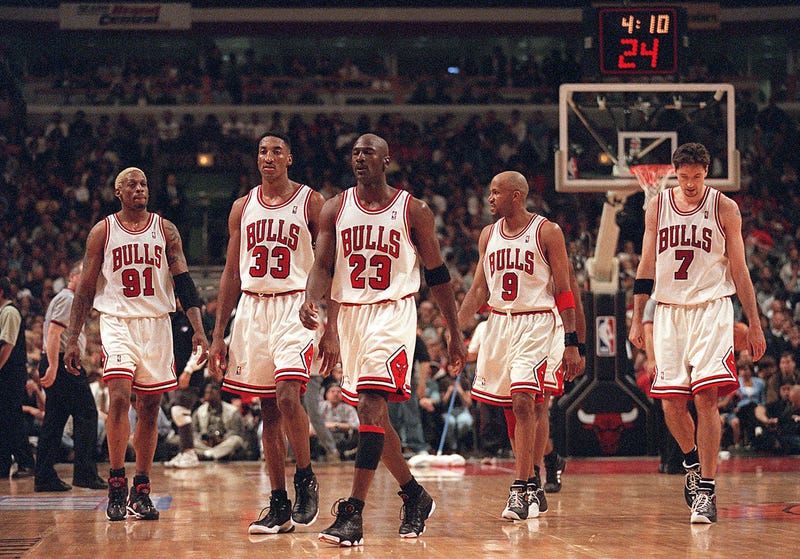 For all that Michael Jordan accomplished in his storied career, there is one thing he didn’t do, mainly because he didn’t get the chance.

“The one regret that he shared is that he didn’t get a chance to go for seven,” JR SportBrief said on CBS Sports Radio. “He didn’t get that chance in that lockout-shortened 1999 [season], where the New York Knicks rode the magic wave of hitting every lucky shot imaginable and pushing every series possible, to take on the San Antonio Spurs in what was Tim Duncan’s welcoming party to grabbing his first NBA championship.”

Duncan, the first overall pick in 1997, was an ascending star, the best player on a team with David Johnson, Sean Elliott, Antonio Daniels, Avery Johnson, Mario Elie, Steve Kerr and others.

“They had a solid lineup,” JR said. “But let’s say everybody did come back [for the Bulls]. Let’s say Steve Kerr did stick around for the Bulls instead of helping San Antonio. If that was the case, do you believe that Bulls team in ’98 would beat the San Antonio Spurs in ’99 if they came back a year in tact? I think they would. I don’t discount Michael Jordan in a lockout-shortened, 50-game season. That probably would have been to their advantage.”

Indeed, 32 fewer regular-season games would have allowed Jordan’s Bulls to stay fresh. Instead, management broke up the team, as Chicago went 13-37 that season. The Knicks, who went 27-23, snuck into the playoffs as the eighth seed and emerged from the East.

Would they have beaten Jordan’s Bulls? Probably not.

“But if you’re strictly talking about 1999, I think Michael Jordan would have had seven rings,” JR continued. “I think he would have. And even though Michael Jordan does not have seven rings – he only has six – in my mind he’s still the greatest basketball player of all time.”