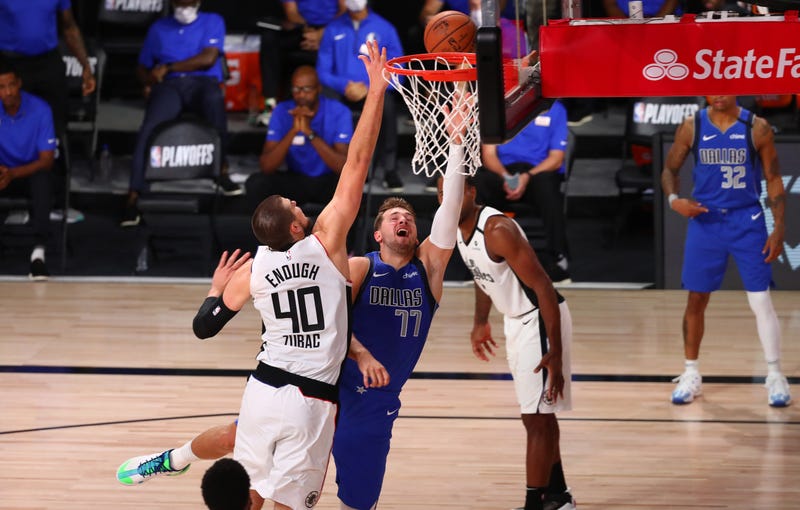 When Luka Doncic drilled a three-pointer at the buzzer to beat the Clippers 135-133 in overtime on Sunday, the Dallas Mavericks were riding high. They had just evened their first-round playoff series at 2-2 and looked like they had a legitimate chance of beating Los Angeles.

“One of the big problems is that the Clippers really are that much better than Dallas,” 105.3 The Fan Mavs insider Mike Fisher said on After Hours with Amy Lawrence. “There’s been moments where it doesn’t look like that, but especially when Dallas is decimated by injuries and [Kristaps] Porzingis [has] somewhat of a mysterious knee injury and then Luka trying to labor through it on one leg, that just makes the Clippers look all the better.”

“Some of that obviously was garbage time,” Fisher said, “and frankly, the Clippers probably rubbed it in to the point where if the Mavericks are good enough to be inspired in a vengeful way, that could help Dallas. But Dallas’ defense is middle-of-the-pack. Their pace is so fast and their focus is so on offense that they win high-scoring games, and that is the way it’s going to be. There’s nothing wrong with scoring 111 points necessarily, especially when you don’t have a guy in Porzingis in there who scores 30 a game. But Rick Carlisle, ideally, would like to have opponents score 25 points per quarter – not 45 points per quarter.”