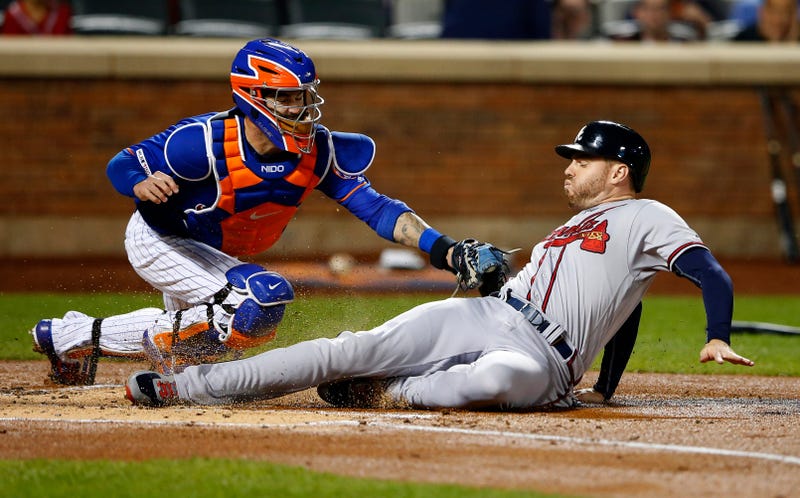 Major League Baseball is slated to return in a couple of weeks, and players, well, they’re ready. But many of them are also on high-alert.

“I imagine they’re going to be feeling a lot of butterflies and there’s going to be trepidation, of course, about the health risks, being tested so many times,” former MLB pitcher Nelson Figueroa said on After Hours with Amy Lawrence. “That’s something that they probably weren’t even thinking of doing. If they were asymptomatic and they felt healthy and nobody around them in their bubble during quarantine was anyone that they felt was a risk, then they probably didn’t get tested. Now you see they come into Spring Training 2.0 and they’re getting tested constantly because Major League Baseball is going to do everything they can to protect the players. I think once you get through that element, it’s two-and-a-half-more weeks of Spring Training 2.0 and then they get to start the season.”

Opening Night is July 23, as the Yankees and Nationals square off at 7 p.m. ET, with the Giants and Dodgers to follow at 10 p.m. ET. Fourteen games are scheduled for Opening Day on July 24.

“It’s going to be different [with] no fans in the stands,” Figueroa said. “Playing in front of your Opening Day crowd of nobody, do they announce the lineups? All the fanfare that normally goes with it, that’s all going to be gone. They have to put [it] on for the entertainment value for the viewer at home, but I think it’s going to get back to what everybody wants to do as far as being a major league ball player: get back to playing baseball and being out on the field and being there with your teammates and trying to get back to some kind of normalcy that we haven’t had in the last four months. I think the closer that we get to seeing games being played, the more excited these guys are going to get.”

As for the on-field product, there is – or at least should be – genuine optimism among every team and fan base. Anything is possible in a 60-game season.

“It’s [a] sprint, not a marathon,” Figueroa said. “Every team is going to feel like they have a chance. You’re looking at a playoff push right from the beginning. The teams that were in rebuilding mode, a team like the White Sox, where they have that mixture of young talent and some veterans, they’re going to be exciting.”

Figueroa is also curious to see how Tampa Bay navigates the season.

“They’re the team that will try anything to win,” he said. “They’ve won [90] games or more the last two years in that division. It will be exciting to see what they come up with. They went with a four-man rotation; they might go to a three-man rotation and just use 12 relievers. So that’ll be interesting to see how they play it out.”