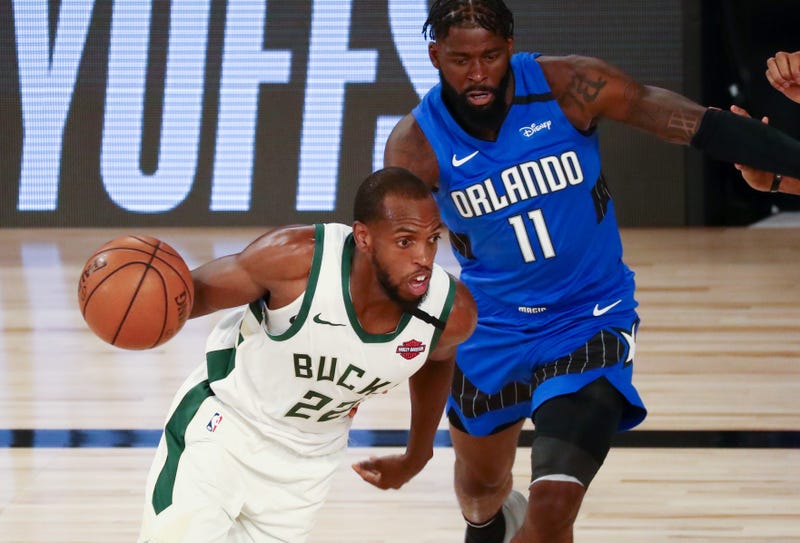 Bleacher Report NBA writer and podcast host Howard Beck hasn’t necessarily been shocked by anything he’s witnessed in the NBA bubble – at least in terms of the top-teams hierarchy.

“I don’t think anything super dramatic has changed in the bubble,” Beck said on Reiter Than You. “The Lakers and Clippers are still the two best teams in the West until proven otherwise, and in the East, as you know, I was never sold on the Bucks as being a lock to come out anyway. Boston and Toronto were teams that I thought could make a run; I still do. I don’t think it’s crazy for the Heat to potentially knock off Milwaukee in the second round. I believe that much in Miami, and I think that they can play to Milwaukee’s weaknesses. So we’re down to four teams in the East, and I think all four have a shot at making the Finals.”

The Bucks have won four straight games after dropping Game 1 of their first-round playoff series to Orlando. In fact, the Bucks had lost 10 of 14 overall heading into Game 2 against the Magic.

Which might be why some analysts are skeptical of Milwaukee’s ability to win the East, much less an NBA title.

“It’s not so much the skepticism as two things,” Beck said. “One, I don’t think the distance between them and the rest of the East in the standings was truly indicative of how far ahead they were. Yes, they were the best team in the regular season, but not by miles. Two, it’s very much about the supporting cast. Giannis is incredible, but there are ways to wall off the paint as teams have done at times, especially in a seven-game series. You can scheme to try to blunt him a little bit and try to force other guys on that team to make plays. Well, guys on that team have had some really shaky postseasons. Eric Bledsoe and Khris Middleton, those guys have to step up and do something.”

Giannis Antetokounmpo has averaged 30.6 points, 16.0 rebounds, and 6.0 assists this postseason. In fact, he’s averaging more than twice as many points as Middleton (15.0) – and more points than Middleton and Milwaukee’s No. 3 scorer, Brook Lopez, combined (28.4)

“You need a 1-2 punch in this league, and while Khris Middleton is a legit All-Star, he’s not at the level of the usual No. 2s,” Beck said. “He’s not a Paul George or an Anthony Davis. He’s not Dwyane Wade to LeBron James. This is not Curry and Durant. Their drop-off from 1 to 2 and 2 to 3, that matters, and I think they can be schemed against. I think that the Heat are uniquely suited as a great defensive team, and with two anchors in Jimmy Butler and Bam Adebayo – who are both phenomenal defenders who can guard multiple positions – they are the type of team that I think can fluster the Bucks.”

Middleton, 29, is no doubt a quality player. The 39th overall pick in 2012, he has averaged over 20.0 points in two of the last three seasons and has been an All-Star each of the last years. But he’s not the elite of the elite in the league.

“Are we ever going to consider him as a top-10 player in the league or a guy that you could build around?” Beck asked. “Paul George is a No. 2 who has been a No. 1. The great 1-2 punches are two guys [where] there’s a 1 and a 1A. He’s a clear No. 2 or 3. He’s good, but you’re not going to bed as a coach worrying as much about Khris Middleton as you are about Paul George or Anthony Davis.”