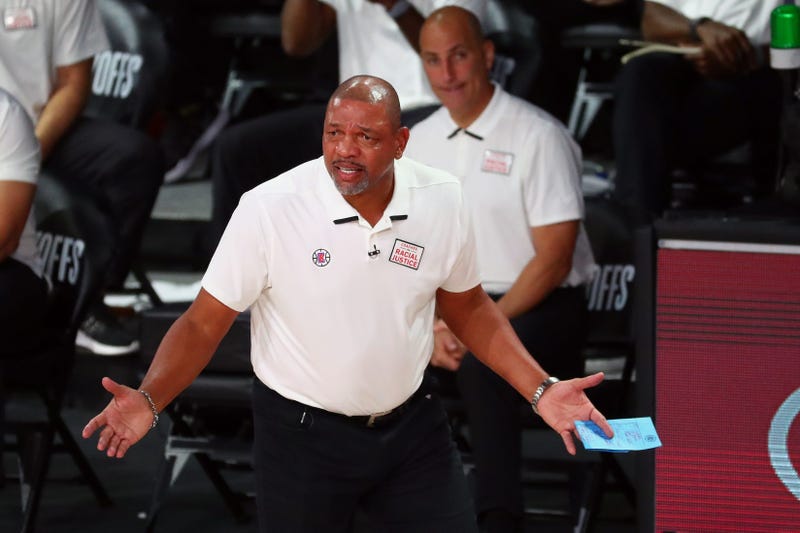 How many NBA coaches are concerned about this, you ask? Well, NBA play-by-play voice Marc Kestecher has an estimate.

“All of them,” Kestecher said on After Hours with Amy Lawrence. “It’s definitely one of the biggest things they have to tackle. There’s going to be physical fatigue. We saw that early on after four-and-a-half months [off]. But the mental aspect of it, not only in film breakdown but the constant repetition, but it is being away from your family; it is losing some of your everyday freedoms to just go wherever you want – although most of us in the country, and probably around the world, really can’t do that anyway at this point.”

Kestecher recently drove from his bubble hotel to a bubble arena. On the way there, he passed a hotel where many teams are staying – and he “couldn’t believe” what he saw.

“There were three or four police cars with their lights going on at every entrance,” he said. “There’s no way to get in, and I don’t think there’s any way to get out, either.”

Granted, players do have some freedoms inside the bubble.

“There’s lots of distractions,” Kestecher said. “Basketball is No. 1, [but] there’s lots of things to do for the players, whether it’s games or getting outdoor activity or walking or biking or golfing or whatever. But yes, over 60 days – and we’re just getting through the first round, so I think the mental aspect is definitely a high priority for all the coaches as they get to this point. If you’re going to get to that final four and then to that final championship game, it’s got to be all about, ‘Hey, we’ve come this far. Let’s get the championship.’ But mental [health] is probably [the] No. 1 [concern].”