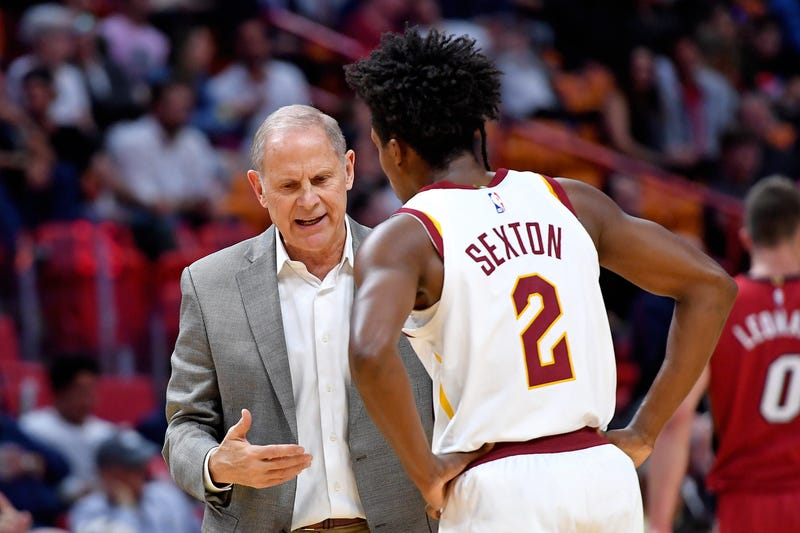 In May 2019, John Beilein became head coach of the Cleveland Cavaliers (14-40). He didn’t even last one season.

Beilein, who resigned Wednesday, reportedly struggled to connect with players and was unable to implement his college offense at the pro level.

“John Beilein has proven to be a very good coach,” Johnson said on After Hours with Amy Lawrence. “He did a tremendous job at Michigan. I was shocked that he left, and I hope he just didn’t leave for the money. But it seems like that was the case because everybody had to be telling him, ‘It’s very difficult to coach at this level.’”

Beilein, 67, had a successful tenure at Michigan, leading the Wolverines to a pair of national championship appearances. But coaching in college is different from coaching in the NBA.

“College coaches, they have control of their players,” Johnson said. “They control their players’ future. Those players can’t mess up because they want to get to the NBA level, and they know their coach is their resume. Teams are going to talk to that coach before they make a decision, and so he holds that over their head – and rightfully so because it matures them. If you’re late for practice, it’s going to be documented. If you have an attitude in regards to your teammates, it’s going to be documented. All those things can affect you when teams start to investigate you and decide if they want to draft you with a high pick. So those players are always on their best behavior, and because of that, he could coach the way he wanted to. He could run whatever offense he wanted. He could say to the player whatever he wanted to.”

Beilein, however, couldn’t do that in the pros.

“Well, welcome to the NBA,” Johnson said. “Now those players don’t have to do that. They make a ton of money. They have security. They’re equal with you. How are you going to handle that and negotiate it? He had a hard time with it because he wanted to still be that guy that was in college, and he found out those players weren’t happy. You got to be a politician, and I understand it. And so, he failed. He didn’t want to deal with it anymore. This is why I continue to say that college coaches have a hard time with this, and it bothers me when they’re given chances at our level when we have qualified coaches out there and qualified assistants. The NCAA, for years, has made it extremely difficult for NBA people to go get jobs down at that level. So for me, I don’t like that it happened to John Beilein, but now it sends a distinct message to NBA teams that they cannot depend on these guys to get to this level and think they’re going to have a total amount of success.”

Some coaches have made the transition from college to the pros, but many have struggled.

“Quin Snyder, exception to the rule,” Johnson said. “Billy Donovan, not so much of an exception until now, but look how many years it took him to figure it out. He had struggled with a very talented team. So for me, those guys that have experience should get that chance. John Beilein really hurt a lot of college coaches that maybe have aspirations to get to this level.”

music
Flo Milli makes sure you never look at Dora The Explorer the same with new 'Back Pack’ video
news
‘Angry’ cat attacks pilot, forces plane to make emergency landing
sports
One NFL coach says next week’s roster cuts will be a ‘massacre’ around the league
i'm listening
Demi Lovato is 'full of peace,' celebrating her body and rebuking diet culture
news
59 soldiers guarding the US Capitol sickened by moldy, undercooked food
sports
Washington's cheerleaders learned from Twitter they were out of a job