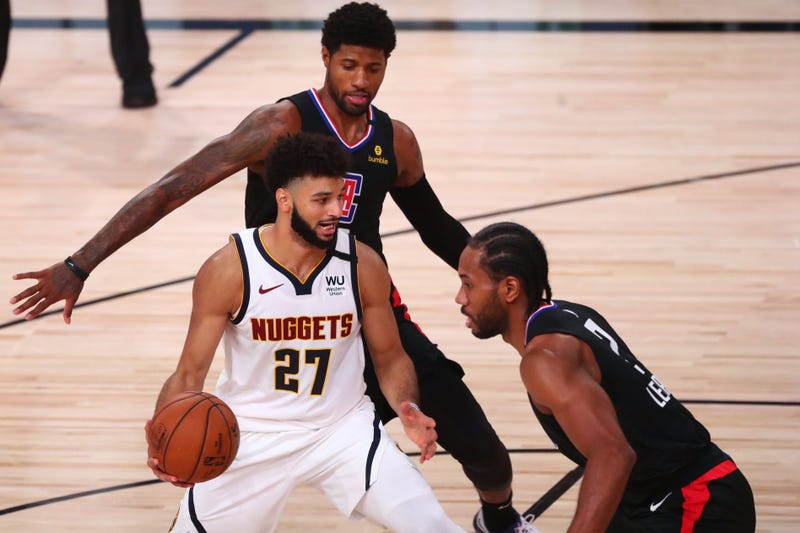 The Los Angeles Clippers lost Game 7 of their second-round playoff series, 104-89, to the Denver Nuggets on Tuesday, squandering a 3-1 series lead in the process.

“Here’s the thing that people have to remember: it’s hard in here,” Reynolds said on After Hours with Amy Lawrence. “It just is. Everyone has their days. LeBron said this a couple weeks ago – and trust me, I can attest to it – everyone has their days in here when it’s just like, ‘I’m done. I’m quitting. I’m going home.’ I have several of those moments a day myself in here. I just wonder if there was a point when the Clippers were like, ‘This is not fun anymore.’ This is a game, and it’s got to be fun and you have to love it. I didn’t see the Clippers playing with any joy in Games 5, 6 and 7.”

Then again, Reynolds hasn’t seen much of that from the Clippers in general this postseason.

“Frankly, I didn’t see a lot of joy from them in the Dallas series,” he said. “I saw a lot of aggression. I saw them going at Luka a few times. I didn’t see them enjoying it in the first round, I didn’t see them enjoying it at all in the second round, and even the way they went out tonight, there was no urgency in the fourth quarter. They were going through the motions. That game was still in the balance; they were only down eight going into the fourth quarter. They were playing for their season, and they had nothing left. They had no spark, no fire, whatever. I just wonder if they just mentally broke in here somewhere along the way.” The Clippers scored 32 points in the second quarter but mustered just 33 points in the entire second half. Kawhi Leonard and Paul George combined for 24 points on 10-of-38 (.263) shooting in Game 7, including 4-of-18 (.222) from three-point range.

The Nuggets, meanwhile, had no fear. Jamal Murray scored a game-high 40 points, and Nikola Jokic finished with 16 points, 22 rebounds, 13 assists and three blocks.

Denver became the first team in NBA history to overcome a 3-1 series deficit twice in one postseason. Reynolds believes the Nuggets will continue to play with a chip on their shoulder in the conference finals.

“Michael Malone has played that card so perfectly in here,” Reynolds said. “They were No. 2 or No. 3 in the West pretty much the whole year. They’re a great young core. We all have written this, we all know this, we all talk about it, and Michael Malone has convinced his team that nobody in the world thinks you’re any good – and they’re buying it. And it’s worked for them.”

The Nuggets overcame a 3-1 series deficit against the Jazz in the first round, and they did it again against the Clippers. Denver is 6-0 in elimination games this postseason.

“Teams don’t win six elimination games in a decade sometimes; they’ve done it in three weeks,” Reynolds said. “The way they’ve done it, Jamal Murray has proven that he’s worth that contract that he’s got. Nikola Jokic is such an underrated superstar. The list of guys with 40 points in Game 7s, I think it’s only 15 or 16 deep. Jamal Murray joined a pretty cool club tonight, and he made it seem really easy doing it, too.”