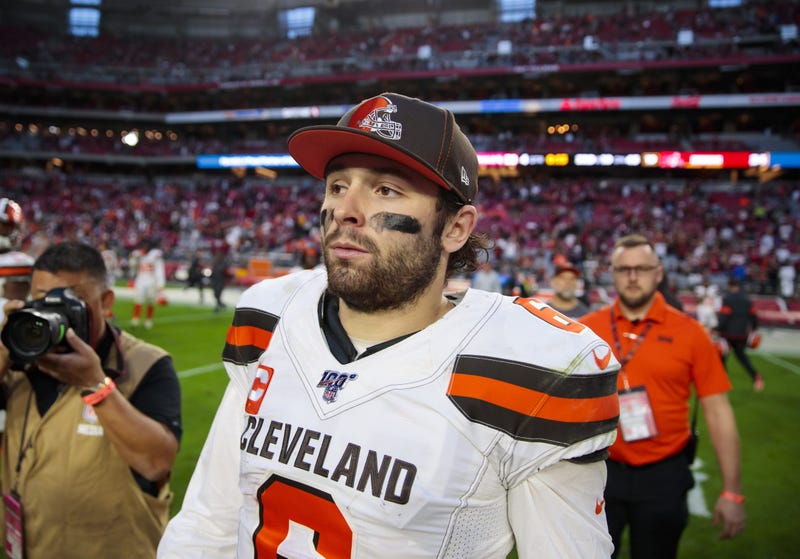 The Cleveland Browns entered the 2019 NFL season with extremely high expectations. The goal was not simply to win the AFC North; it was to potentially win, or at least reach, the Super Bowl.

That didn’t happen. The Browns started 2-6 and finished 6-10, missing the playoffs for the 17th straight season.

This year, however, they enter the season somewhat under-the-radar, which might be a good thing.

“The Browns are sneaky,” ProFootballGuru.com analyst Russell Baxter said on After Hours with Amy Lawrence. “But the Browns own the league’s longest current playoff drought. They haven’t been there since 2002. How long ago was that? That was the first year the Texans were in the league.”

The Browns, by the way, haven’t finished with a winning record since the Romeo Crennel era. They went 10-6 in 2007 but missed the playoffs due to a tiebreaker.

“Last year there was a lot of anticipation, and they finished 6-10,” Baxter said. “A lot of turnovers by Baker Mayfield, their offensive line wasn’t all that good – but there’s a lot of good buzz about [head coach] Kevin Stefanski, who I think helped turn things around with the Minnesota offense. He got Dalvin Cook a little more involved. He got the running game [going].”

Indeed, the Vikings finished sixth in the league in rushing offense last season and ranked eighth in scoring offense (25.4 points per game). The Browns, meanwhile, ranked 12th and 22nd (20.9 points per game), respectively, in those categories.

“It’s got to be about balance,” Baxter said. “This idea that your quarterback is going to come in there and throw for 5,000 yards and 50 touchdown passes [and] is going to win the Super Bowl – sorry, it hasn’t happened yet.”

While the Browns could be interesting in 2020, Lamar Jackson and the Baltimore Ravens, who went 14-2 last season, remain the team to beat.

“Baltimore was so overpowering last year,” Baxter said. “They led the league in points scored, and their defense came on after a shaky start. . . . Obviously their run defense got a little exposed against Derrick Henry [in the playoffs] but . . . I think Baltimore is still the favorite.”