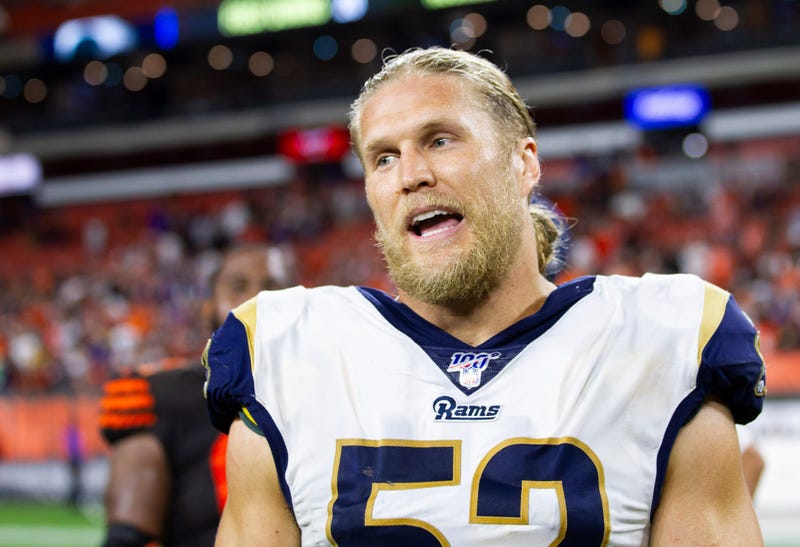 Jennifer Matthews, a SiriusXM NFL host and a member of the NFL’s “First Family,” dropped by CBS Sports Radio to discuss her life in football.

More than a dozen members of Matthews’ family has played in the NFL, including her father, Clay Matthews Jr., her uncle, Bruce Matthews, and her brothers, Clay Matthews III and Casey Matthews.

Matthews quite literally grew up around the game.

“On the one hand, I don’t know any differently,” she said on After Hours with Amy Lawrence. “I have friends who are like, ‘What was that lifestyle like? What was it like to have a famous dad? Or a famous brother? Or a famous uncle?’ I didn’t know any differently. . . . That was kind of just normal to me, and then it kind of continued. My dad played 19 years, my uncle played 19 years, and there was only a few short years where I didn’t have a family member in the league, and then my brother, Clay, was drafted in ’09. I’ve just never known life without it.”

Matthews said that many of her best memories center on football. Her father played for the Browns from 1978 to 1993 and for the Falcons from 1994 to 1996.

“When I think of growing up, on our way to the games, all five of us kids [would] pile into my mom’s car and we [would] blast the Rolling Stones and we’d be wearing my dad’s jersey,” she recalled. “It’s an indescribable feeling when your dad’s name is announced and the stands go just wild. There’s just such a sense of pride – and a sense of nervousness. It’s a physical, violent game, and you never want anything to happen.

“So [there were] all sorts of feelings,” Matthews continued. “But that adrenaline and the excitement or when he would make a big play or get a sack – or like when he intercepted Jim Kelly on the goal line in that big game – those kind of things I will remember for the rest of my life just being his daughter.”

Toward the end of her father’s career – and during her brothers’ careers – Matthews became a little more protective during games.

“When you’re playing, you can affect the outcome and you’re not as worried about yourself,” she said. “My dad says that even about watching my brother: there’s a level of torture where you’re just sick to your stomach. But for me, the first part of my dad’s career, I was so young that you don’t think about, ‘Oh, there’s the potential that he could get seriously hurt.’ You just don’t think about those things as a kid. You think the world is just wonderful and he’s untouchable and he’s my dad and he’s this big, strong man, so you don’t think about.

“But towards the latter part of his career [when I was] 14, 15, 16 years old, I would get really nervous at the games,” Matthews continued. “And then, yes, by the time Clay was drafted and went into the league – and then my youngest brother, Casey, was drafted and went into the league – there is definitely an element during the games when you’re like, ‘Okay, my heart is going to beat out of my chest, I kind of feel like I can’t breathe, and if anyone hurts my brother, so help me.’ The protective sister kind of just sets in.”

Matthews III, of course, won a Super Bowl with Aaron Rodgers and the Green Bay Packers in February 2011. That win means a lot to the Matthews’ family, but their continued health and safety means more.

“At the end of every game, priority No. 1 is that they walk off the field healthy and safe and in one piece,” Matthews said. “And then after that, the win and the individual accolades, that’s all great, but when you are a family member, that is the ultimate prayer and hope and wish for every game. So, yes, there is definitely an element of crazy nerves.”