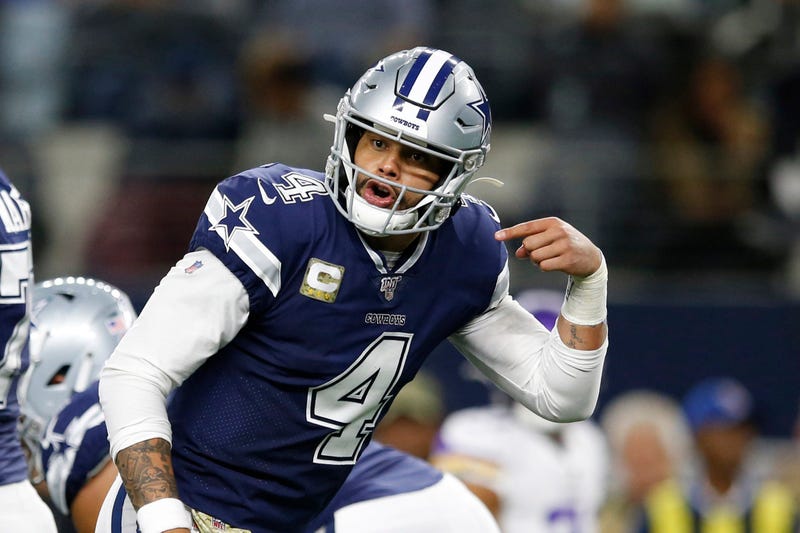 After months of negotiations, Dak Prescott and the Dallas Cowboys were unable to reach a compromise. Prescott will play the 2020 season under the franchise tag, and the Cowboys can try to sign him to a long-term deal in January 2021.

Ultimately, why were the two sides unable to meet in the middle?

“I think this comes down to Dak Prescott betting on himself,” SI NFL writer Howard Balzer said on After Hours with Amy Lawrence. “We don’t know exactly what he was wanting in a long-term contract. There’s been reports that the Cowboys offered between $34-35 million a year on average, but Prescott looks at that and knows if they franchise him next year, then he would be averaging $34-35 [million] for two years. Then the Cowboys would have a decision to make [after the 2021 season], whether to make him a free agent or pay him crazy money.

“So he’s betting basically on himself and seeing what happens in this next season,” Balzer continued. “Who knows? Maybe the Cowboys don’t franchise him next year and he becomes an unrestricted free agent. So he obviously is under a lot of pressure to have a good year, and that’s going to be key for him in terms of whether he can get that long-term contract from the Cowboys or any other team in the future. But I don’t know if it’ll damage the relationship because, hey, you have to be a pro about it and play to the best of your ability.”

Prescott will receive $31.4 million in 2020. The Cowboys reportedly wanted to sign him to a five-year deal, but Prescott only wanted a four-year commitment.

As of now, the commitment is one season.

“I think if you can get the money now, that’s the best way of going about it,” Balzer said. “Who knows what the cap is going to look like next year? Who knows what’s going to happen with everything in our country? We saw a lot of situations where players did not get long-term contracts and teams being a little conservative in terms of what they were committing to for the future.”

Patrick Mahomes signing a 10-year extension worth roughly a half billion dollars probably didn’t help the Cowboys’ cause.

“When you’re a quarterback and you see contracts being signed all over the place, you figure, ‘Well, I’m not going to sign until I get what I think is the right market,’” Balzer said. “And there always will be a big market, you would think, for quality quarterbacks. But I think there’s no doubt that a certain amount of uncertainty was a part of all this, and from the Cowboys’ standpoint, they were probably [thinking] as much as they wanted to get him signed long-term, they just did not want to commit [to his demands]. Let’s say Dak Prescott’s side was looking for something close to $40 million a year. Well, the Cowboys weren’t prepared to do that. Perhaps they want to see another year of quality play [from him] before they would even consider something like that. Certainly players betting on themselves, we’ve seen it before. Sometimes it works out, sometimes it doesn’t – and it certainly looks like that’s what Prescott was doing.”