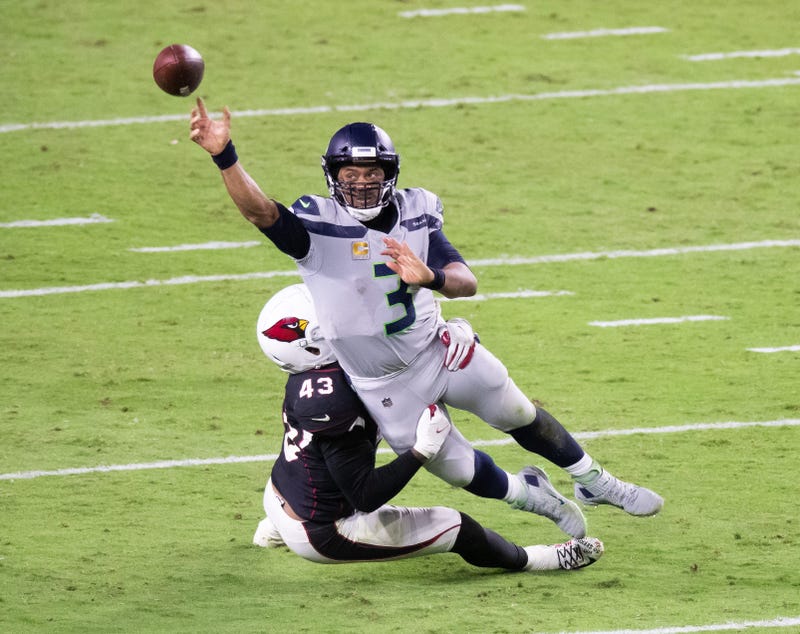 At 6-1, the Seattle Seahawks have the best record in the NFC, not to mention MVP frontrunner Russell Wilson, who leads the league with 26 touchdown passes. Wilson has been masterful in leading the league’s top-ranked scoring offense, which is averaging 34.3 points per game.

Seattle’s defense, however, has been a disappointment, to say the least. The Seahawks rank last in the league in total defense and 24th in scoring defense (28.4 points per game allowed).

Despite Wilson’s incredible play, the Seahawks have found themselves in nail-biters seemingly every week.

“They’ve got to be better if they want to get done what they think they can do, which is win a Super Bowl,” Pro Football Talk writer Charean Williams said on After Hours with Amy Lawrence. “But you can’t put it all on Russell Wilson. He’s been Superman so far, but you’re going to play better teams on a weekly basis in the postseason, and to ask him to go win three or four games – or whatever it’s going to take – and outscore teams every time is too much to ask.”

The Seahawks have been without All-Pro safety Jamal Adams (groin) since Week 4 but hope to have him against Buffalo (6-2) on Sunday. Adams played in the first three games of the season, during which time the Seahawks allowed an average of 28.7 points per game

“Even when Jamal Adams was in there, this was not a very good defense,” Williams said. “They need to find their way defensively really to give Seattle a chance. I do think they’re the best team probably in the NFC if they can get that defense turned around, but they really have to make a move there.”