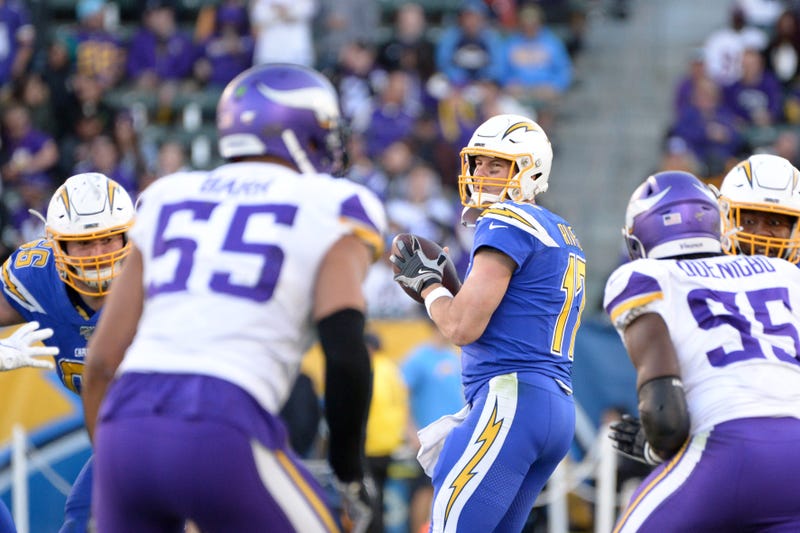 As NFL fans and analysts continue to debate Philip Rivers’ Hall of Fame candidacy, often falling on either side of the Super Bowl coin, Rivers’ former teammate, Nick Hardwick, offered a nuanced perspective on the matter.

“My criteria for a Hall of Famer – I understand the accolades and the stats and all that, and Philip’s got enough stats to get into the Hall of Fame,” Hardwick said on After Hours with Amy Lawrence. “But what impact did you have on the game? How did you help evolve either your position or the sport as a whole? What a lot of people can’t understand or maybe will never be able to understand is the impact Philip had on defensive coordinators and blitz packages and helping evolve that to another level.”

Hardwick, a former center, blocked for Rivers from 2004 to 2014. He saw Rivers’ mastery at the line of scrimmage for a decade.

“Up until Philip really stepped into the height of his power at the quarterback position, the rules for pass protection were the rules, and the defensive coordinators understood them and they knew how to attack you and then you’d have to throw hot or check down and they would try to tackle you in front of the yards-to-gain line,” Hardwick explained. “When Philip came around, we were able to throw out all of the rules for pass protection. We had ultimate flexibility. We could go left, we could go right, we could split the line down the middle, the running back had to then understand his responsibilities – and Philip would oftentimes would just tell him which guy he had.”

The result? Defenses weren’t able to dictate as often.

“It was crazy. It was madness,” Hardwick said. “But we didn’t have to check down. We kept the same pass routes on. We didn’t have hots. But [the result] was it really challenged the Mike Zimmer’s of the world, who ended up coming up with the double mug in the A gap look, which is so prevalent now, or Rex Ryan, who kind of came up with the amoeba defense where guys were just walking around prowling everywhere.

“That’s how Philip helped evolve the game, and really that’s his lasting imprint on it,” Hardwick continued. “Being able to come up to the line of scrimmage and basically we would call the pass routes and figure it out at the line of scrimmage, keep [Philip] upright and still be able to attack vertically.”