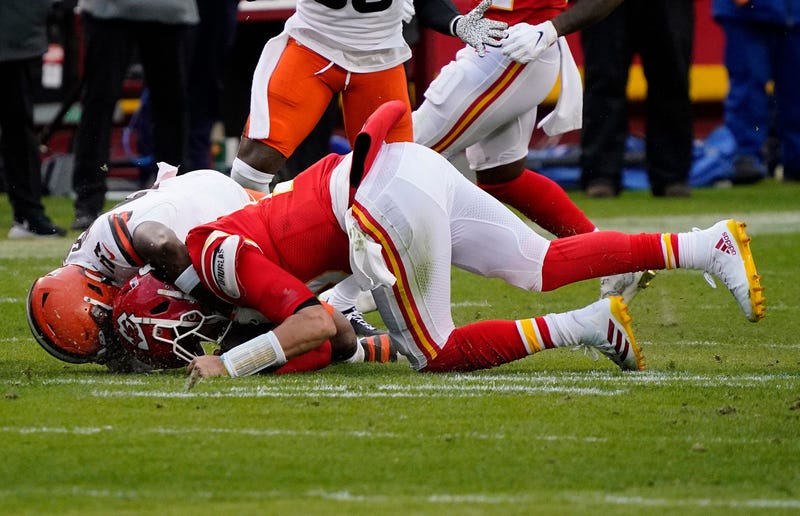 Patrick Mahomes remains in concussion protocol but was a limited participant in practice for the Kansas City Chiefs on Wednesday.

While it remains to be seen if Mahomes will play in the AFC Championship on Sunday, many analysts assume he will give it a go.

Either way, the Buffalo Bills are preparing for anything and everything heading into their clash at Arrowhead Stadium.

“We prep like we do every week. We don’t look at it no other way,” Bills cornerback Josh Norman said on Tiki & Tierney. “We was watching after our game, [and our] heart goes out to the young man. He caught a stinger – I don’t know what it was, but obviously you want the best to play. I don’t think we want nobody going in there [without] their full arsenal.”

Mahomes exited Kansas City’s 22-17 win over Cleveland on Sunday after getting tackled by Browns linebacker Mack Wilson. Mahomes briefly appeared unable to stand without assistance and headed to the locker room for further evaluation. In came veteran Chad Henne, who made several critical plays down the stretch to secure the win.

Henne could be needed again this weekend, but Norman hopes Mahomes is ready to go.

“What’s easy in life, you don’t want it,” Norman said. “If [Mahomes is] playing, that’s a great thing for us. We’ll be able to show our ability and play one of the top teams, if not the best team . . . in the league. That’d be great. I think Henne does a great job when he comes in there and being a game manager for those guys. He’s been doing this stuff since he’s been in the league.”

Either way, the Bills, who won their first division title since 1995, are one win away from their first Super Bowl berth since 1993.

“It’s a great time for us right now, sitting back and seeing those guys and what they’re able to do, and I’m sure they’re ready for us, too,” Norman said. “It’s going to be a clash on Sunday. We can’t wait for it.”