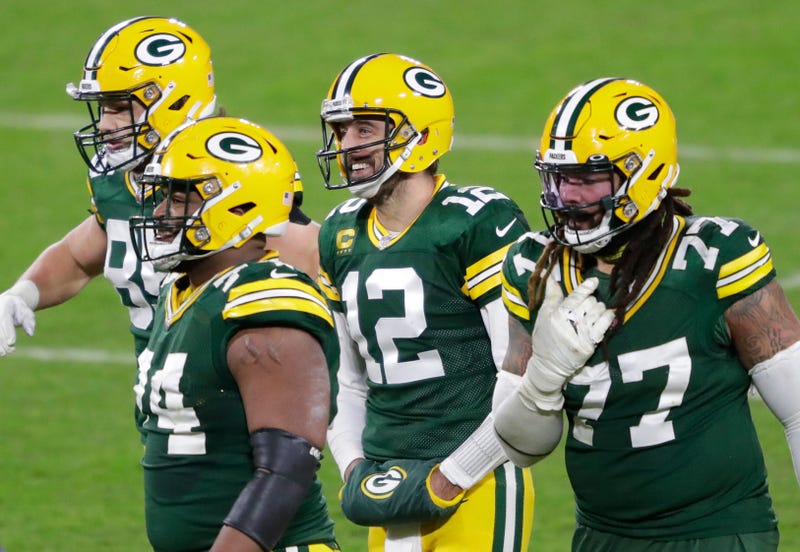 Aaron Rodgers will likely win NFL MVP this season – and for good reason. After all, he completed 70.7 percent of his passes for 4,299 yards, 48 touchdowns and five interceptions.

But for as dominant as he’s been, the Green Bay Packers’ running game hasn’t been too far behind.

“In the offensive line room, we always try to establish the running game and make sure we give the running backs holes to run through,” Packers Pro Bowl offensive lineman Elgton Jenkins said on Tiki & Tierney. “We got guys like Aaron Jones, Jamaal Williams, A.J. Dillon and all those guys, when they see holes, they hit them with bad intentions. Giving them holes and giving them running lanes, it helps the offense a lot by making the safety come down.”

Once the Rams committed more personnel to stopping the run, the Packers made them pay through the air. Allen Lazard’s 58-yard touchdown catch midway through the fourth quarter, which came off a play-action, essentially iced the game.

Lazard finished with four catches for 96 yards, while Davante Adams had a game-high nine catches for 66 yards and a touchdown.

“[Rodgers] and Davante, all of our receivers – Marquez [Valdes-Scantling], Allen all those guys – can then hit DBs and corners over the top,” Jenkins said. “We always have a good game plan. Establishing the run is one of the main things.”

Jenkins, a second-round pick in 2019, is in rare company. The Mississippi State product will have played in a conference championship in each of this first two seasons.

Last season, the Packers lost the NFC Championship Game, 37-20, to the San Francisco 49ers in Santa Clara. This season, Jenkins hopes to help author a different ending against Tom Brady and the Tampa Bay Buccaneers.

“The road to Tampa comes through Lambeau,” Jenkins said, referring to the site of Super Bowl LV. “Last year, in the NFC Championship Game, I understood that we was four quarters away from the Super Bowl. We’re back in the same game, and you can’t take anything for granted. [We’re] preparing for the game at practice and making sure we do the little things to get the game won.”