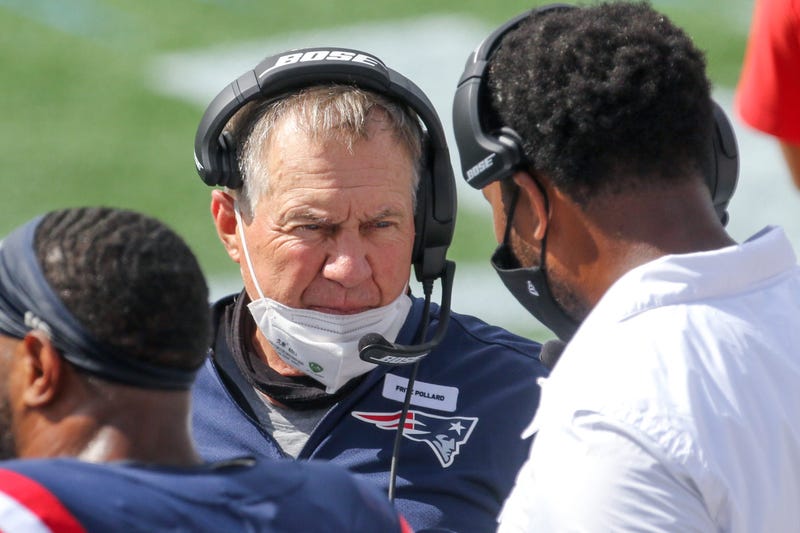 Following a Week 8 road loss to the Buffalo Bills, the New England Patriots, many assumed, were toast. They were 2-5, and many wondered if Bill Belichick was being exposed without Tom Brady at quarterback.

Well, after back-to-back wins against the Jets and Ravens, the Patriots’ narrative has shifted.

“From the outside looking in, a lot of the national narrative was they were done, they were cooked, they were losing these games,” Boston Globe Patriots writer Jim McBride said on After Hours with Amy Lawrence. “But I think what kept a lot of the guys in the locker room strong was the way they lost these games. They lost the Seattle game on the last play of the game. They had a chance to beat Kansas City. They had a chance to beat Denver. Really, the only game that they got completely blown out on was the San Francisco game. Three times they had a chance to win a game on the final drive, and they couldn’t do it. I think that changed their attitude.

“It’s like when you have a terrible round on the course and you hit that one last good shot, and it keeps you coming back and you want to play again,” McBride continued. “That’s what these guys did. I think the veteran leadership held it together . . . because they saw a light at the end of the tunnel. This was a big payoff for them to beat the Ravens, a team that’s certainly one of the tops in the AFC.”

The Patriots beat the Ravens, 23-17, on Sunday night, as Cam Newton went 13-of-17 for 118 yards and two touchdowns (one pass, one rush). The Patriots finished without a turnover, scored on a trick play, and twice stopped the Ravens on crucial fourth downs.

The Patriots still have some ground to make up in the AFC, but they are very much in playoff contention.

“[Newton] called Bill ‘The Football Whisperer’ [after the game] because invariably when they’re installing their game plans or they’re going over key points in practice, he said sometimes they think there’s no way that’s going to come up in the game, and invariably it does,” McBride said. “He always looks at Bill like, ‘I don’t know how you knew that, but you knew that.’ So to think that Bill was going to fall apart without Tom – or Tom fall apart without Bill, for that matter – I just always thought that was a crazy narrative. Those guys never cared about who was more important to the franchise; they just wanted to win. They shared that goal, and now that’s still what they want even though they’re not together.”

The Patriots play four of their next five games on the road, beginning with a matchup against the Texans (2-7) in Houston this Sunday. Kickoff is at 1 p.m. ET.

“If things had gone their way, they could be 6-3 right now or 7-2,” McBride said of the Patriots. “But they are what they are, so they’re just going to keep plugging away.”