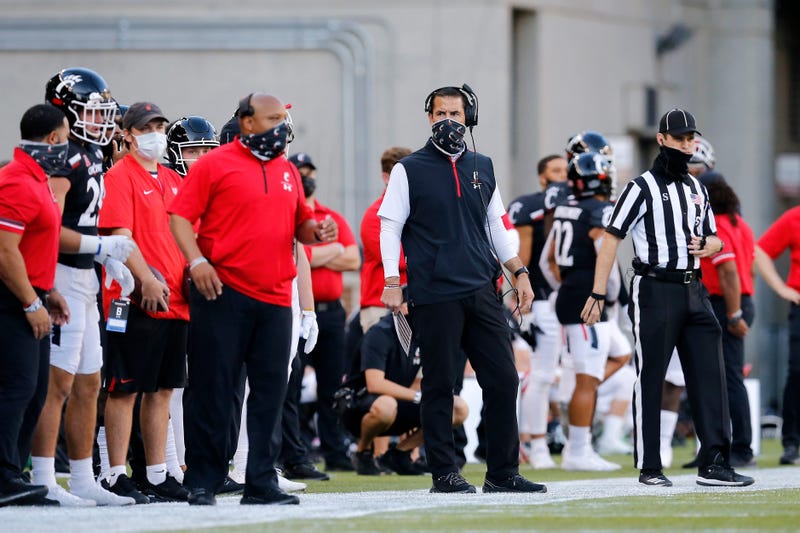 Luke Fickell has done some great things in his brief tenure at Cincinnati, and he might not be finished anytime soon.

“What Luke Fickell is doing at Cincinnati is tremendous,” CBS Sports college football analyst Chip Patterson said on The DA Show. “He is running away from the rest of the Group of Five in terms of the recruiting rankings, and he is signing prospects that might be otherwise going to Big Ten schools. I think that that is something where we look at Luke Fickell as one of the top coaches at the Group of Five. Every time the coaching carousel spins, [we ask], ‘Is Luke Fickell going to go for this?’”

So far, the answer has been no. It might be that way for awhile, too.

“He continues to invest in that Cincinnati program in a way that makes me think we are going to be talking about them as one of the top programs in the American Athletic Conference and at that level – not just this year, but really for the next couple years to come,” Patterson said. “He might sit around and wait for the perfect job.”

Unfortunately for Fickell, Patterson does not believe the Bearcats have much of a chance to make the College Football Playoff this year. No. 8 Cincinnati (8-0) hosts No. 24 Tulsa (6-1) in the AAC Championship this Saturday, but it’s unlikely that the Bearcats would jump from No. 8 to No. 4 with a win.

“I don’t think so,” Patterson said. “The thing that is hurting Cincinnati in my mind is its game against Tulsa got canceled at the end of the regular season. I’m not on the committee, but I think about how the committee are human beings – and a small group of them. They might have been impressed [with two wins over Tulsa].”

As for Cincinnati? No dice.

“What do we always say? The committee thinks very highly of their own eyes, and they love to lean on that eye test,” Patterson said. “If Cincinnati had stomped Tulsa two weeks in a row – a Tulsa team that hung right there with Oklahoma State, is in the top 25 right now in the committee’s rankings – then maybe that would have been one of those moments where you wanted to come around on Cincinnati and say, ‘I know their strength of schedule isn’t great, but man, this is one of the best football teams.’ And we start to think about the chaos scenarios of a Northwestern beating Ohio State, the different ways that maybe Notre Dame beats Clemson again, that maybe you might be able to creep up in there. But to me, just like the Pac-12 and the Big 12, I do think the Group of Five door is shut.”