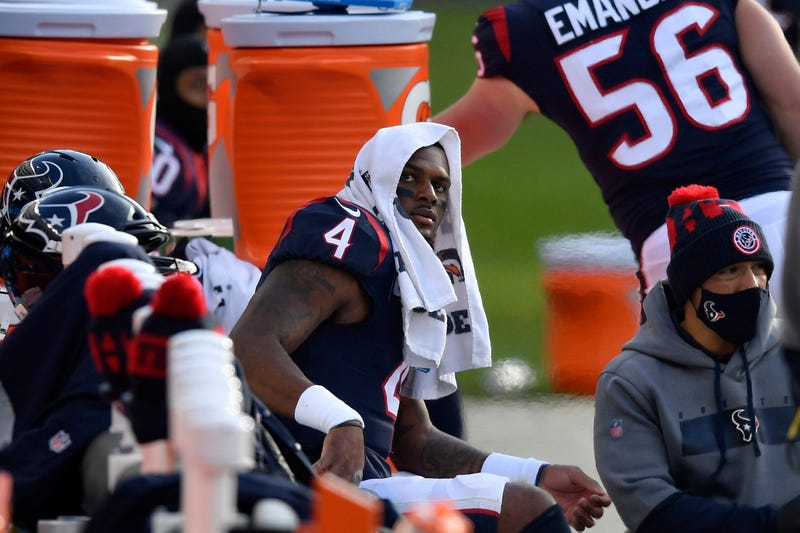 But that’s exactly what the Houston Texans have done with Deshaun Watson.

After a series of puzzling moves, including trading DeAndre Hopkins to Arizona, O’Brien was relieved of his duties. The Texans went 4-12 this season, matching their worst finish since 2017.

“I think the thing that I would really want to impart to everybody is that Deshaun Watson is not a whiner – and he never has been,” Payne said. “At times, people criticized him this year for being too positive in the middle of a really bad season. And at the end of the year, the day after the Texans lost to the Tennessee Titans, Deshaun Watson simply said there needed to be a shift in the culture. He said there needed to be focused leadership at the top. He said there were too many people that thought they had control that didn’t – and it spoke of an organization that was very dysfunctional, that people were fighting for power within the organization.”

Watson, frustrated with the direction of the franchise, was told he would have input on the Texans’ search for a new general manager and head coach. Unfortunately, that really wasn’t the case – at least not for the general manager.

“Deshaun talked with Cal McNair, the owner, at least a couple of times,” Payne said, “and when Deshaun was off on vacation, the owner went and hired a general manager in Nick Caserio who’s very, very qualified but a guy who comes from the Patriots.”

Between O’Brien and Jack Easterby, it’s fair to say that Watson and his teammates have had their fill of former Patriots employees.

“Deshaun and a lot of other guys on that team had just lived through a couple of years of Bill O’Brien trying to impose his version of the Patriots Way on the organization, and it was obviously an abject failure,” Payne said. “The roster had been decimated because Bill O’Brien and Jack Easterby – both Patriots guys – had just been running things their way, in a way under which a lot of players were miserable. I think Deshaun just thought it’s more of the same and also that his input hadn’t been valued. He wanted the Texans to interview Eric Bieniemy and Robert Saleh. At the time, neither of those guys had interview requests from the Texans. Now Eric Bieniemy, of course, has been interviewed.”

It remains to be seen, however, whether this situation is salvageable. It’s certainly possible that Watson could request a trade.

“There’s so much more,” Payne said of the Texans’ incompetence behind the scenes. “There’s a six-hour podcast series you could do about where the Texans are right now and how weird it all is.”