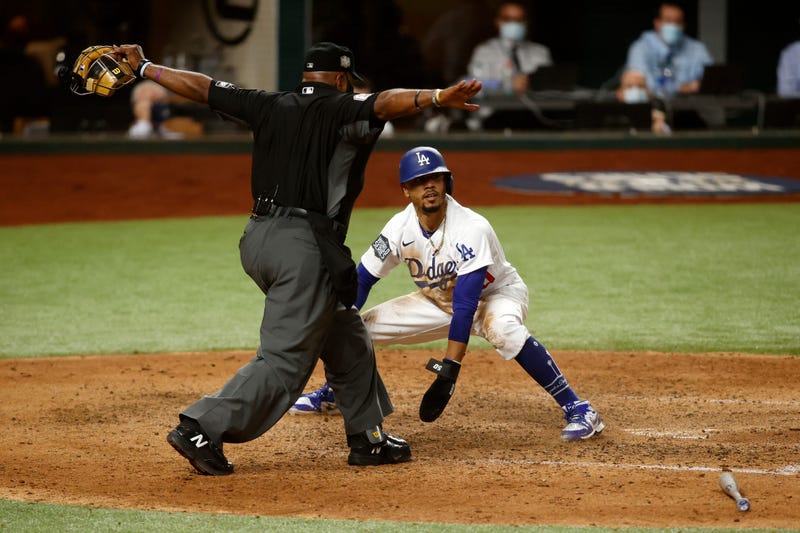 There’s little doubt that Mike Trout is the best player in baseball. After all, he has finished in the top two in AL MVP voting in seven of the last eight seasons and has produced at a historic clip.

But the most exciting player in baseball? That would be Mookie Betts.

“Yeah, he’s right up there,” former MLB All-Star Carlos Pena said on The Zach Gelb Show. “If you think about the legends in all sports – Michael Jordan, Larry Bird, Magic Johnson, Tom Brady – what do these legends have in common? They performed in the postseason. [Clayton] Kershaw needs to perform in the postseason and in the World Series as he did [in Game 1] to solidify his legacy. Look, he’s going to be a Hall of Famer, but it sure sounds a lot better when you say, ‘I got some rings.’ Derek Jeter, Yogi Berra, Babe Ruth – these guys, there’s a reason why they are idolized and immortalized in the sport. Mookie Betts [in Game 1] pretty much [made] a case for himself.”

Betts, 28, hit a home run and stole two bases in the Dodgers’ 8-3 win over the Rays in Game 1 of the World Series on Tuesday.

“[He came] through and [did] it in so many different ways,” Pena said. “So I would say, yes, at this moment right now, today, [he's] the most exciting player in baseball. He’s worth every single penny that you pay to get into a stadium to watch someone play baseball. Just an impressive, impressive talent.”

How in the world did the Red Sox let this guy get away?

Pena has no idea.

“You had him,” he said in disbelief. “You had the opportunity to keep him. You had him when he was young. Didn’t you see this two years ago? Three years ago? Four years ago? Wasn’t that the time when you would try to sign a player that you know is going to be a pillar in your organization and sign him to a long-term deal? That’s when it really makes sense – not when he’s about to walk and he’s going to be one of the most coveted free agents in the world. Are you kidding me? That’s not the time to do it. You had to do it [earlier in his career]. You need to recognize talent right away.”