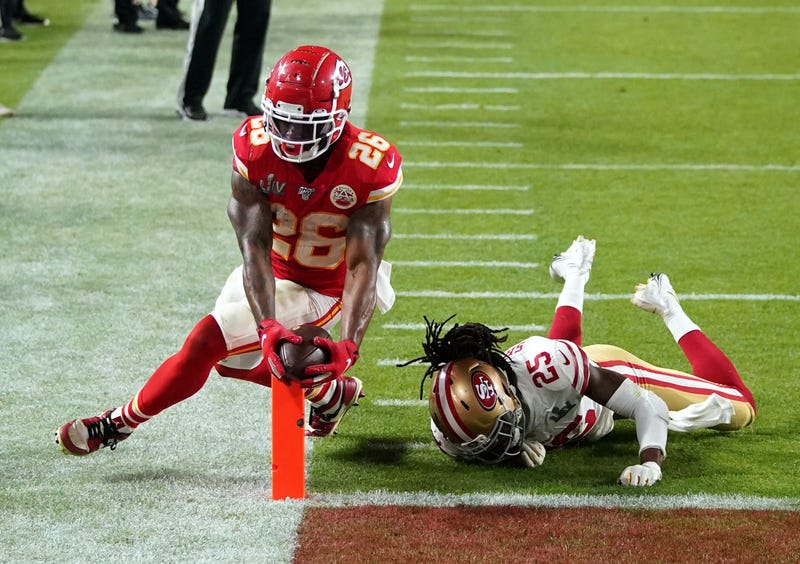 Patrick Mahomes was named MVP of Super Bowl LIV, but Damien Williams gave him a run for his money. Williams rushed 17 times for 104 yards and a touchdown and caught four balls for 29 yards and a score.

“Damien Williams, excellent,” Chiefs legend Priest Holmes said on The Zach Gelb Show. “That young man kept his composure. The last three years, he’s played outstanding in showing he has an ability to be a back outside of the backfield. He can go in between the tackles, and not only that, he has the ability to catch the ball and be a dynamic player when he’s outside the box. . . . He put the nail in the coffin. It was beautiful.”

Williams scored two touchdowns in the final three minutes of the game. The first, which barely broke the plane, gave the Chiefs a 24-20 lead. The second, a 38-yard run with just over a minute to go, sealed the win.

Should Williams have been MVP?

“Well, take no credit off of Mahomes,” Holmes said. “I felt the play by D-Williams put him in position to be the MVP of that game. He played an outstanding game, great composure, and when plays were needed at the right time, I think he stepped up in a way that was MVP-like. But of course you can’t take anything away from Mahomes because he’s had a stellar two years. Hats off to him. But as a running back, we want that crown. We want that MVP. It’s been done before obviously with Terrell Davis, but Williams was edged out. But to be edged out by his quarterback who’s playing at that level, I think he’s okay with it.”

Williams, though, may have been the most valuable player on the field.

“I think he did it as a running back. He also did it as a receiver,” Holmes said. “He played multiple positions as far as getting the ball in his hands and being effective. But again, the storyline that Mahomes has had, it’s going to overshadow anybody on that field because of the way he’s done it at a young age.”