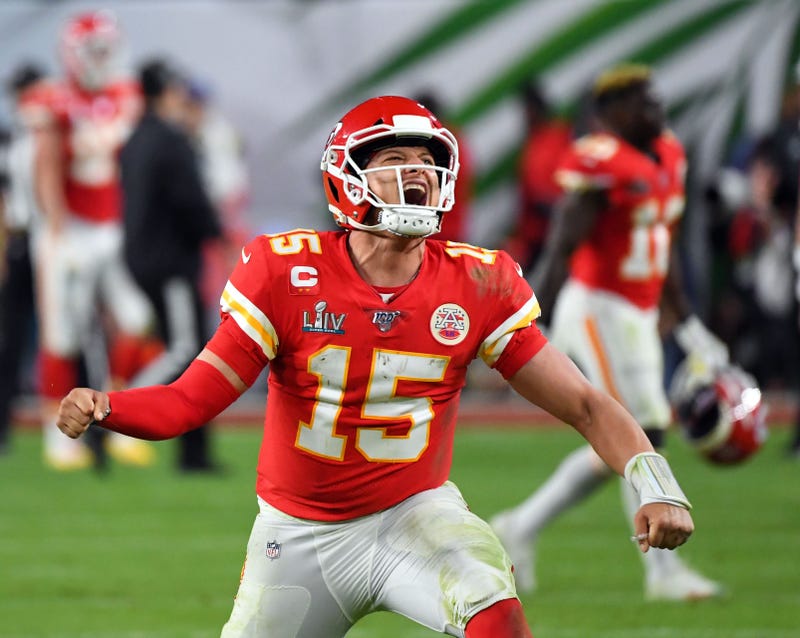 With Patrick Mahomes signing a historic extension with the Kansas City Chiefs, there are clear winners and losers from the deal.

“Well, it’s unfortunate for the AFC West, including the team that I cover, who have got to deal with him for the next 12 years,” former Raiders offensive lineman and current Raiders analyst Lincoln Kennedy said on After Hours with Amy Lawrence. “But I think everyone knew that was going to happen. [He’s] a franchise quarterback and such a talent. He wasn’t going to go anywhere.”

Mahomes, the tenth overall pick in the 2017 NFL Draft, has had perhaps the best start to a career in league history. After sitting behind Alex Smith as a rookie, Mahomes was named NFL MVP in his first year as a starter and won a Super Bowl title – and Super Bowl MVP – as an encore in 2019.

“Everybody was talking about Dak Prescott and Aaron Rodgers’ deals to this point; you knew Mahomes was going to break the bank,” Kennedy said. “In football, we’ve seen this kind of thing before where you got these quarterbacks who get these huge contracts; how does that affect the rest of the team? But right now, the Kansas City Chiefs are rolling high. They’ve still got a number of their players under contract. In my opinion, they’re the best team in the AFC. They’re probably going to be Super Bowl bound again. You might as well lock up your quarterback. . . . It’s not boding well for the other three teams that are in that division.”

Mahomes and head coach Andy Reid have been the perfect marriage. Not only have they had great success together, but they are also changing the game.

“You’ve got coaches and other teams around the league that are not necessarily trying to figure out how they can stop [Mahomes] defensively – because the Kansas City Chiefs just have so many offensive weapons,” Kennedy said. “Now you’re trying to figure out how you can keep up – almost like Big 12 football. It’s almost like arena style where the last team that has the ball has a chance to win because you’re going to have touchdowns going back and forth.”