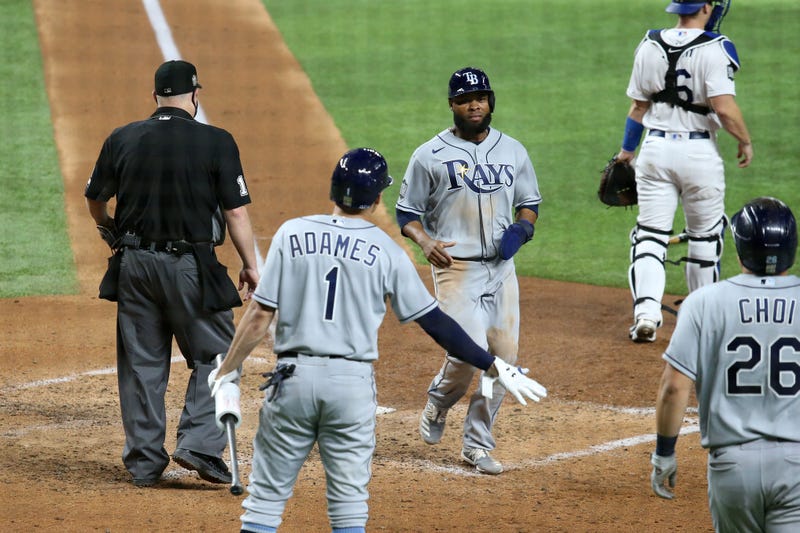 The Tampa Bay Rays beat the Los Angeles Dodgers in Game 2 of the World Series on Wednesday, and the win offered no shortage of drama.

But they did. The series is tied 1-1 heading into Game 3 on Friday.

How was Tampa Bay able to stay so cool under pressure, especially when facing the prospect of an 0-2 hole in the Fall Classic?

“I think when you’re playing teams like the Rays have in this postseason – whether it’s the Yankees, whether it’s the Astros, whether it’s the Dodgers – and when you’re a team like the Rays, where it seems like at least half of the games they play are really close games, if you’re going to beat a good team, you’re probably going to have to kind of go through the belly of the beast, so to speak,” Rays Radio pre- and postgame host Neil Solondz said on After Hours with Amy Lawrence. “That means you’re going to have to get big outs in big moments. That’s one thing that really helps the Rays: they’ve been extremely well battle-tested.”

The Rays, who finished with the best record in the American League, beat the Yankees, 2-1, in Game 5 of the ALDS and beat the Astros, 4-2, in Game 7 of the ALCS.

In other words, the high-wire act is nothing new for them.

“To win a tight game against the Dodgers is not anything they haven’t been through,” Solondz said. “Because they play so many one- and two-run games, yes, there are a lot of emotions and I think probably as a broadcaster and a fan you’re feeling that. But I think there’s also a confidence level that these guys have been there, done that, and I think that helps a great deal, too.”