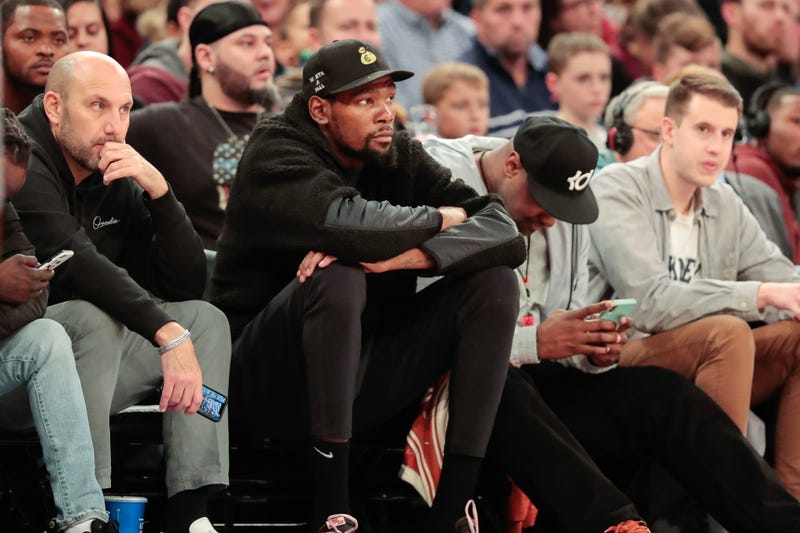 When Kevin Durant left the Golden State Warriors for the Brooklyn Nets, Rick Barry wasn’t happy. Barry certainly respected Durant’s decision to do what he thought was best for his career, but the move didn’t quite make sense, at least not to Barry.

“[Warriors beat writer Connor Letourneau] said the biggest reason [Durant left] was [he] didn’t feel like he was ever really, truly accepted as part of the team and that Steph was always going to be the face of the team,” Barry said on The Zach Gelb Show. “But my thing is, so what? He’s the face of the team, but you’re basically one of the stars of the team and you had a two-time MVP willing to allow you to do that. You’re on a team that has a chance to be one of the greatest teams in the history of your sport. You have unbelievable fans. You’re moving into a new arena. So what else is it that you really need to have?”

Durant left Oklahoma City in 2016 and Golden State in 2019. Perhaps he’ll find what he’s looking for in Brooklyn.

“He’s entitled to make [his decision],” Barry said. “I’m just glad I found out kind of what the reason is. He’s entitled to make whatever decision he wanted to make. I wish him well because I thank him for what he brought to the team. I love his game. He’s going to be a surefire Hall of Famer, first ballot, no question about it. I hope he comes back at 100 percent because I love watching greatness. I just won’t root for him when they’re playing against the Warriors.”

Still, Barry believes Durant could be in for a rude awakening next season, especially if the Nets don’t contend for an NBA title. Durant sometimes didn’t like the scrutiny in Golden State. Well, New York is an entirely different animal.

“He might have felt like he was in purgatory,” Barry said of Durant’s time with the Warriors. “If he goes over there, he’s going to feel like he’s in hell.”

Some athletes, such as Derek Jeter and Eli Manning, could handle the pressure of playing in New York. Others, well, not so much.