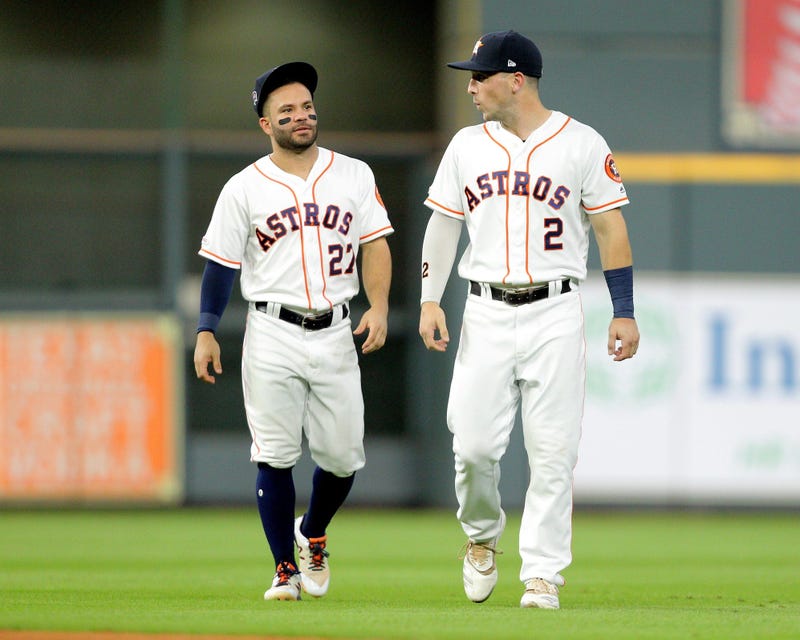 The Houston Astros were punished for their sign-stealing scheme. The franchise was fined $5 million, lost draft picks, and fired its manager and general manager. The players, however, went unscathed, as MLB Commissioner Rob Manfred gave players immunity in exchange for information about the scheme.

Many baseball fans aren’t okay with that.

“This isn’t a court of law, so things are going to work a little bit differently,” Astros analyst Geoff Blum said on The Zach Gelb Show. “It’s a court of public opinion that we’re going through right now, and it’s an internal investigation inside this industry called baseball. I think Rob Manfred wanted to get as much information as he could, so he went to each individual guy and said, ‘We’ll give you immunity if you’re brutally honest with us. If we find out you’re not honest with us, then we’re going to punish you.’ But at the same time, the union gets involved.

“For Rob Manfred, I understand that you’re put in a bind because you do want to punish these guys for breaking a rule,” Blum continued. “But at the same time, the only two ways you can really get at professional-level players is taking away playing time and taking away money. I don’t know how you take away playing time because you would take away 12 players on a ball club. I’m not sure if that’s even possible. But at the same time, why couldn’t you have gone after them financially? 'We’re going to take 10 percent of your contract' – or something like that – and really get to them through their wallet. Those are really the only two means that would show some consequence for their actions.”

Some fans wanted Manfred to vacate the Astros’ 2017 World Series, but Manfred dismissed that possibility, saying, “The idea of an asterisk or asking for a piece of metal back seems like a futile act.”

Really? “A piece of metal”? Really?

“I agree with you,” Blum said. “You get put in a tough spot when you’re in the media, but I agree with you in a sense. He probably wanted to walk that back a little bit because his name is actually on it. The Commissioner’s Trophy is what it’s called. So it’s almost comical that he kind of got lost in the moment and just called it a hunk of metal. If you asked Tony Gwynn, if he was still around, what’s one thing you would want to accomplish in the game, it would be winning a World Series championship. So it’s more than just a hunk of metal.”