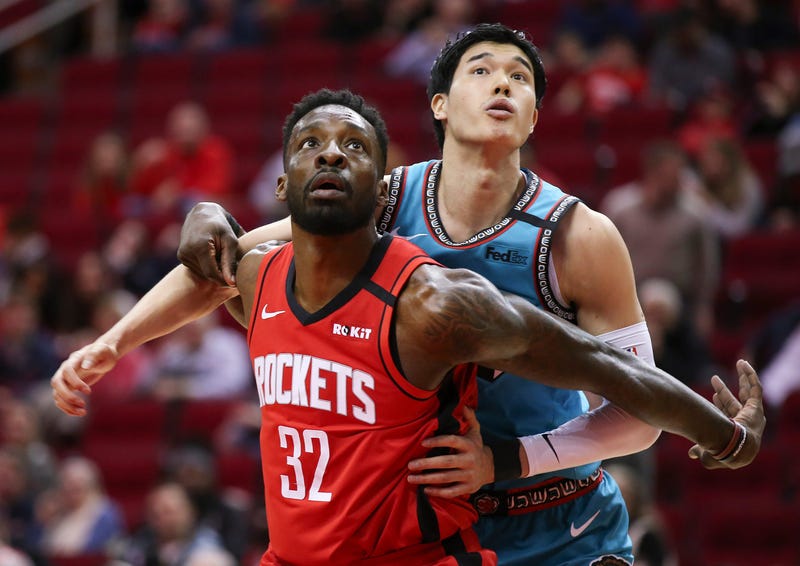 On March 11, the Houston Rockets flew to Los Angeles to play the Lakers the next day. That game never happened.

“That’s when we heard about the season being canceled,” Rockets pwoer forward Jeff Green said on The Zach Gelb Show. “That’s when we found out Rudy had it and then later out that’s when all the news came out [about] Donovan. That was a very, very long day flying to L.A. Once we landed, we flew right back. It was a long day of questions, complete shock. You name it, I felt it. You want everybody healthy, but you also want to play the game you love. Emotions everywhere, but it was a long day.”

It is known when, or if, the NBA will resume the 2019-20 season, but Green is optimistic it will happen.

“First and foremost, we want everybody to be healthy,” Green said. “We want everybody to be virus-free. We want fans to be virus-free. We want people to be able to enjoy the sport, to be able to be in arenas to cheer for their favorite teams. We want that. We know that’s a part of basketball that’s hard to be without. That’s the main focus and what everybody’s trying to accomplish. But I’m very optimistic that this season will continue, whenever that may be. I know I’ll be ready. I know a lot of guys will be ready and prepared for it.”

“As a competitor, we know where we’re at right now,” Green said of the sixth-seeded Rockets (40-24). “We can play the rest of the season. It gives us an opportunity to put ourselves in a better seeding position. As a fan of the sport, I know a lot of teams – New Orleans, Portland, Memphis, they all want to solidify themselves for the 8-spot in the West. The teams in the East are fighting for playoff position. So those games are needed. It’ll be tough to just jump right into the playoffs and not give teams and players an opportunity to do that. But we’re in the playoffs already. So I can’t really talk much about it. I’m happy where we’re at, and I feel like we have a lot of room to get better and be in a better position.”

Green, who signed with Houston in February, believes the Rockets have what it takes to win a title.

“We have a lot of hungry guys,” he said. “They want to do whatever it takes to win a championship. You got guys like Russell [Westbrook] and James [Harden] who have done everything individual that you can possibly do. . . . [They’re some] of the top players to ever play, but you got to win a championship – and they’re hungry for it. They both are [sacrificing], and they’re both doing whatever it takes to help this team get to that point. . . . In our minds, we have what it takes to hold up the trophy, whenever that may be at this point."