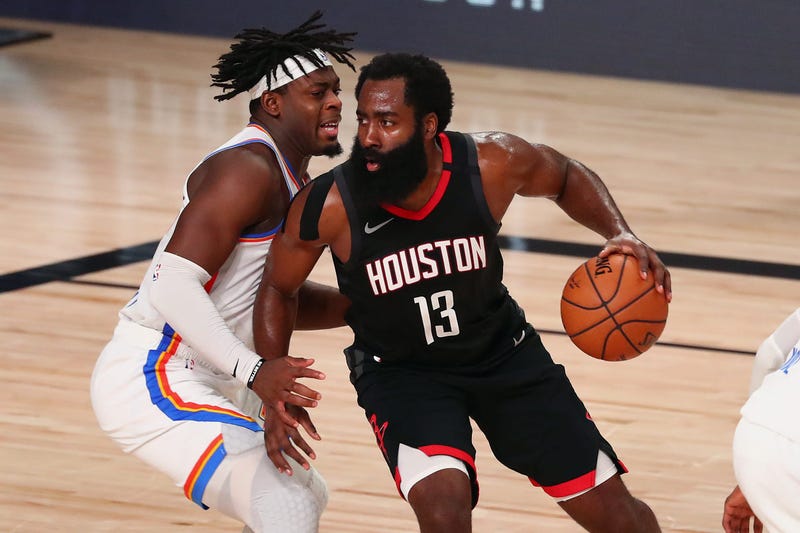 The Houston Rockets had a chance to finish off the Oklahoma City Thunder in their first-round playoff series Monday. Instead, the Rockets committed 22 turnovers and blew another late lead, as the Thunder ended the game on a 12-2 run to win 104-100.

James Harden scored a game-high 32 points in Game 6 but was absent down the stretch. Is there something wrong with the way he plays late in big games?

“No, I think it’s . . . the way the system is set up because it’s pretty much, ‘get the ball, get out the way,’” former NBA player Jim Jackson said on Reiter Than You. “When it’s going great, it’s going great. If you look at some of the top players who are able to finish games – whether that’s a LeBron James, Steph Curry, Damian Lillard – the way their offense operates, it gives them enough space. Houston gives them enough space, too, because of the spread-out three-point shooting. But I think at times it comes down to coaching and putting your player in the best situation.

“Now you may say, 'Well, you don’t draw up a lot of plays. You just have a guy go one-on-one,’” Jackson continued. “Sometimes in particular situations, when you notice a defense lining up or setting up to take away some of your strengths, you kind of run something that opens up the opportunity for your main guy. At times, I think they get a little stagnant. I think James Harden settles at times in late-game situations, and it doesn’t allow him to finish out the game like some of the other guys I talk about. But the ball wasn’t in his hands last night.”

Harden shot 11-22 from the floor but just 3-of-11 from three-point range. Excluding a desperation heave at the buzzer, he attempted just one shot in the final four minutes.

Isn’t it on Harden to demand the ball in those situations?

“It is,” Jackson said. “When you’re playing with a former MVP in Russell Westbrook, he should also be able to make a play. Now, the argument is going to be made, ‘The ball should have been in [Harden’s] hands.’ I agree with that. But . . . Russell Westbrook has made plays when he has the ball in his hands. We’ve seen it before. It was one of those situations where he wasn’t having a good game in regards to turning the ball over. He made some critical errors down the stretch. That’s when Mike D’Antoni has to say, ‘Well, it’s not your night, Russell. Our guy, James, needs to have the ball in his hands.’”

Westbrook had seven turnovers. Harden had five – and still seems unable to rise to the occasion in the playoffs when the lights shine brightest.

“That is still upon him, too, to be able to make those type of plays in situations when his number is called,” Jackson said of Harden. “Is he going to do it all the time? No, but in big-time situations, we haven’t seen that as much as we’ve seen in the regular season.”