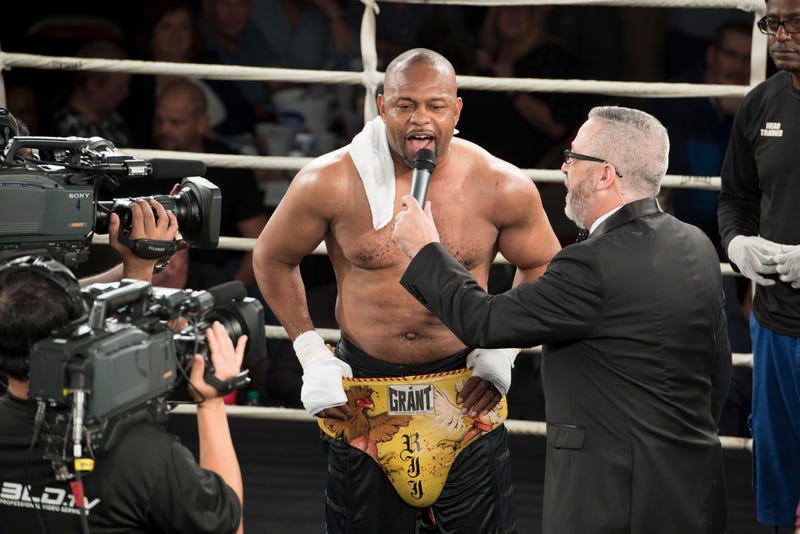 Two of the greatest boxers to ever step in the ring—Mike Tyson and Roy Jones Jr.—will square off in an eight-round exhibition on Sept. 12 in Carson, California.

Former MMA fighter Chael Sonnen is excited to see the match, but he doesn’t like that it’s being billed as a fight for charity.

“Roy’s not going to lie about it. This is for profit,” Sonnen told JR SportBrief last week. “You’re not getting in there with Mike Tyson [for charity]. I wouldn’t get in with him either if there wasn’t some money on the line. To act as though it’s for charity, though, what a joke. I’m disappointed in that. They’re pretending this is for charity; shame on them. It’s not.”

“First thing is, I don’t know why people always have [to] negative talk about anything, No. 1,” Jones Jr. told JR SportBrief. “But No. 2, I wanted to fight Mike Tyson. He’s the only heavyweight I would have fought after I won the title back in 2003. Mike Tyson is a legend in his own right and one of the biggest, most powerful names to ever come through heavyweight boxing. So I knew that he was the only heavyweight I would take my chances against after I fought John Ruiz.

“Now with the pandemic going on, people don’t have no sports,” Jones Jr. continued. “[They] have nothing to look at. Why would I not still get in the ring with Mike Tyson if people want to see it? There are way more positive people that want to see it than there are negative. . . . The opportunity came, and I’m taking advantage of it.”