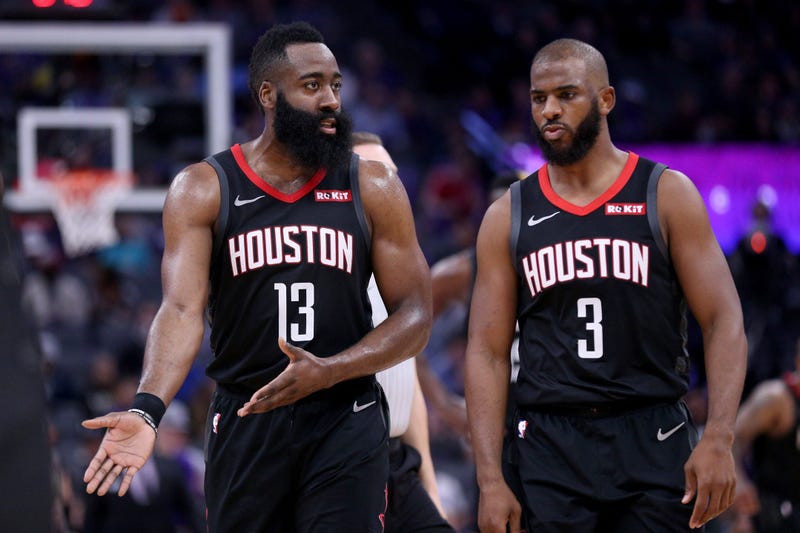 It remains to be seen whether the Brooklyn Nets will acquire James Harden, but The Athletic’s Sam Amick has serious doubts about whether a Big Three of Harden, Kevin Durant and Kyrie Irving would be successful.

“I could be on the wrong side of history on this one . . . but I’m cynical,” Amick said on Reiter Than You. “It’s one ball. I’ve watched Harden play the way he has the last couple years. I know how much he wants to play that way.”

Harden, 31, was NBA MVP in 2018. An eight-time All-Star, he led the league in scoring three seasons in a row, averaging between 30.4 and 36.1 points per game during that stretch. The Rockets, however, haven’t had much to show for it in terms of playoff success, advancing past the conference semifinals just once in Harden’s eight seasons in Houston.

“I don’t care who you want to blame, and we all know [Chris Paul’s] personality, but Chris didn’t want to play with you anymore,” Amick said. “And then honestly, I know Russ has denied this, but the noise and the vibe about the Russ-James thing, just from a basketball standpoint, Russ had one year of this and by all accounts wants to kind of go back to playing how he played before Houston. That is a track record. And if you go back to Dwight Harden before then, you’ve struggled to mix with other stars. I know these guys are your buddies, but I don’t know. Russell Westbrook was your buddy, too, and it didn’t work.” If Harden does not reunite with Durant, Amick would at least like to see Harden reunite with the franchise that drafted him third overall in 2009.

“I decided last night I want [Thunder GM] Sam Presti to take all those picks and go get James Harden back and have an Oklahoma City reunion,” Amick said. “I think that’s what should happen.”