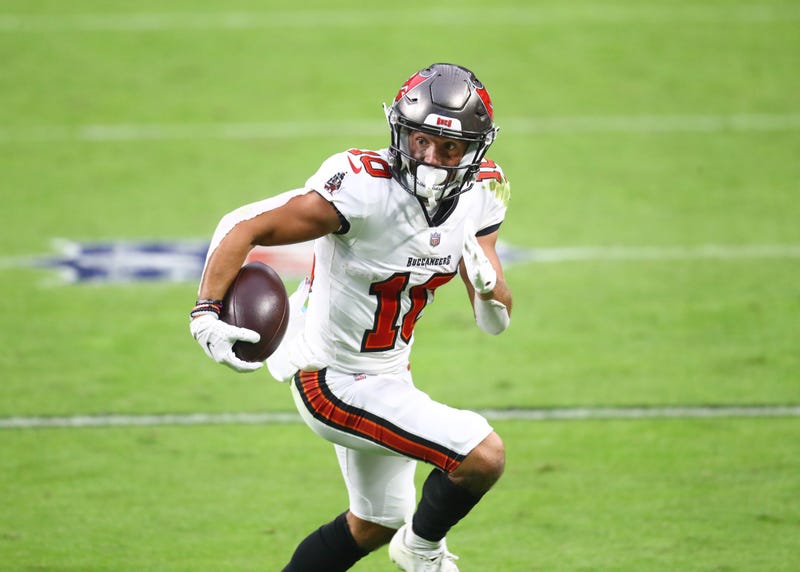 When Tom Brady was selected in the sixth round of the NFL Draft in April 2000, Scotty Miller was probably still in diapers – or at least still potty training. Either way, Miller, 23, hadn’t yet celebrated his third birthday, which means he literally grew up watching Brady win Super Bowls.

That’s why he was starstruck when Brady signed with the Tampa Bay Buccaneers in free agency last March.

“I was down here in Tampa, and my phone was blowing up. I didn’t really believe it,” Miller recalled on The Zach Gelb Show. “But then I saw it on the big networks – CBS, ESPN, all that type of stuff. It was crazy.”

Due to COVID-19, however, Miller had to wait a few months before meeting Brady in person. They were finally able to connect in May.

“I remember the first time I met him this summer, going to work out at the private high school, not being able to get sleep the night before, just being nervous to meet him,” Miller said. “After watching him for so long, it’s just crazy to have this opportunity to play alongside of him. It’s still surreal, but at the same time, we get used to it, it’s our job [and] we go out there and play football.”

The Buccaneers have certainly done that. Tampa Bay, which hadn’t made the playoffs since 2007, is one win away from its first Super Bowl appearance since January 2003. The Bucs play the Green Bay Packers at Lambeau Field this Sunday at 3:05 p.m. ET.

Miller, a sixth-round pick in 2019, has had some big moments for Tampa Bay this season, finishing with 33 catches for 501 yards and three touchdowns. He actually led the Buccaneers with 15.2 yards per catch – no small feat given that he shared a receiver room with Chris Godwin, Mike Evans and Antonio Brown.

Brown, who signed with Tampa Bay in October, had 45 catches for 483 yards and four touchdowns in eight games with the Bucs.

“I looked at it as a positive thing,” Miller said of signing AB. “Just excited to have one of the greatest receivers to ever play the game come in and join us in our already very talented room. He’s a guy that’s somewhat similar to me, similar in size, he’s a smaller guy, he was drafted later, he’s from the MAC just like me. So I viewed it as someone I could learn from and really just try to pick up some things from his game.”