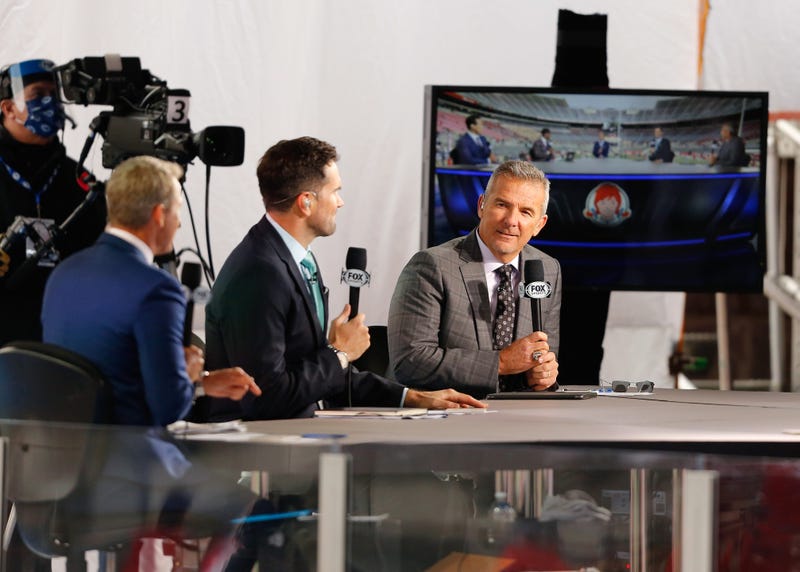 The Jacksonville Jaguars hired Urban Meyer as head coach Thursday, as one of the most successful college coaches in history will take a swing at the NFL.

Why made Meyer so appealing to the Jaguars?

“Why Urban Meyer? Well, I think you have to ask ‘Why the Jaguars?’” Jacksonville radio host and announcer J.P. Shadrick said on After Hours with Amy Lawrence. “I think it was really his call. Just talking to Urban, I got a few minutes with him, but after he signed tonight, he said he hadn’t really looked at the other gigs that much and Jacksonville was the place because of the clean-slate opportunity that comes with it. A lot of cap space; fantastic draft equity, of course, including the No. 1 overall pick; and basically the keys to the kingdom. He can build this organization in his likeness, and that was appealing. He said basically it was the perfect place. That’s what got him out of the analyst chair at FOX and back into football and in the National Football League for the first time.”

Meyer, 56, is one of the most accomplished coaches in college football history. He went 187-32 in 17 seasons, including 83-9 at Ohio State, and won three national titles: two with the Florida Gators and one with the Buckeyes.

The Jaguars went 1-15 this past season but are just a couple of years removed from an AFC Championship Game appearance. They are 12-36 over the last three seasons.

“From the Jaguars’ perspective, they needed to swing big,” Shadrick said. “This is the biggest hire they’ve ever had. Tom Coughlin was big, but it wasn’t this. . . . It doesn’t get much more successful in college football than Urban Meyer over the last 17 seasons that he coached. So swing big, and they actually hit the ball and hit a home run with this one. The fans here are fired up. Today was a fun day in Jacksonville."