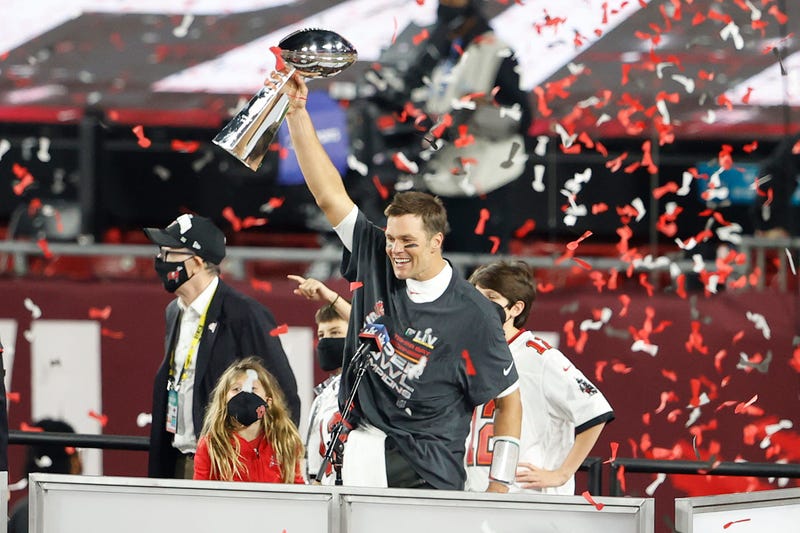 On Sunday, Tom Brady cemented his legacy as one of the greatest athletes in the history of team sports. When you think of that iconic list, three names come to mind. They are Michael Jordan, Babe Ruth and Wayne Gretzky. It is still debatable whether Brady is the greatest of them all, but there was something even more important that was put to rest on Sunday. This is something that the Babe, Jordan and Gretzky can’t claim, and Brady unequivocally can. When it comes to the four major North American professional sports leagues (football, basketball, baseball and hockey), Brady is the greatest winner to ever live.

Here’s what is even more impressive about Brady’s Super Bowls compared to Haley’s. Brady did it with very mediocre franchises. Haley won with the Dallas Cowboys and San Francisco 49ers. He had the benefit of coming to historically great franchises. They were great before Haley got there and great long after he left. In the 44 other seasons for the Buccaneers outside of Brady, they have won just one Super Bowl. In the 30-plus years the Patriots have not had Brady, they have won ZERO Super Bowls. Brady didn’t have the benefit of winning with great franchises. Brady was the franchise, plain and simple.

The greatest winner from the NHL

Maurice “Rocket” Richard won 11 Stanley Cups with the Montreal Canadiens. Jean Beliveau is right behind him at 10. In that alone, the gap from Brady to Haley is wider in comparison to Richard and Beliveau. As a franchise, the Canadiens have won 14 Stanley Cup Titles WITHOUT Richard. The Patriots have won ZERO without Brady and the Buccaneers hadn’t won a playoff game in nearly two decades before Brady arrived.

The greatest winner from the MLB

The late great Yogi Berra has the most World Series victories with ten. In the years that Yogi won it, for most of the time, he was never the best player on the team. That was either Joe DiMaggio or Mickey Mantle. Speaking of DiMaggio, he finished just one World Series title behind Yogi with nine. Again, the gap between Brady and Haley is wider than Berra compared to DiMaggio. The Yankees have won 17 titles WITHOUT Berra. They won the World Series just three years before Berra got there and made the World Series the season after he left. The Patriots were under .500 the season after Brady left. The last time the Patriots were under .500 was the year right before Brady became the Patriots’ full-time starter.

The greatest winner from the NBA

Former Celtics legendary center Bill Russell has won the most NBA Championships with 11. He has the closest argument to Brady, but here is why Brady has the edge. Teammate Sam Jones is one behind Russell with ten. The gap again is smaller than compared to Brady and Haley. Yes, Russell was the most important on all 11 of those Celtic championship teams, but he came to a much better franchise when he arrived compared to Brady when he joined the Patriots. The Patriots were 5-11 the year before Brady became the full-time starter. Russell was coming to the second-best team in the NBA. Forget Bird’s or Garnett’s Celtics; in the following seven seasons after Russell’s 11th title (his final season), the Celtics won the NBA title twice. You really think the Patriots are winning the Super Bowl multiple times in the next few years? Do you really think that the Buccaneers are hoisting the Lombardi Trophy multiple times in the next few years after Brady leaves? They hadn’t won a single playoff game in the 18 years before Brady arrived. By the way, when Brady got to the Buccaneers, they were 7-9 the previous season.

Along with being the WINNINGEST player in NFL History, Brady was all-time great from the very beginning. Former Detroit Lions wide receiver Calvin Johnson just got elected to the Pro Football Hall of Fame. Brady was already a three-time Super Bowl Champion and two-time Super Bowl MVP BEFORE Johnson was even drafted by the Lions. Brady has been the starting quarterback for three Super Bowl-winning teams SINCE Johnson retired.

Patrick Mahomes by most “experts” opinions has been called the best player in the NFL these past three years. He is 0-2 against Brady in the postseason and 6-0 against everybody else. Everyone gives Mahomes credit for what he has done in his first three seasons in the NFL, and rightfully so, but you know what Brady did in his first three seasons? He had as many Super Bowl MVPs as both Peyton Manning and Brett Favre had for their entire careers COMBINED. Brady has WON more Super Bowls than anyone else has PLAYED in.

Winning in New England was all about Tom Brady. This season proved that Bill Belichick undoubtedly won because of Brady and not vice versa. Belichick, in the eight seasons he has coached in the NFL in which Brady was not his starting quarterback, had six losing seasons. In the one season Brady has not had with Belichick, he went 15-5, that 15th victory coming in the Super Bowl. By the way, that last time the Buccaneers even won a playoff game, Patrick Mahomes was just seven years old. Since Mahomes has been in the NFL, Brady has won nine playoff games.

The NFL did an all-time 100 greatest player list a year ago commemorating the 100 years of existence for the National Football League. The quarterbacks chosen along with Brady were Sammy Baugh, Otto Graham, Johnny Unitas, Roger Staubach, Joe Montana, John Elway, Dan Marino, Brett Favre and Payton Manning. These nine other quarterbacks at age 40 and older have a total of one playoff win between all of them. Brady has nine wins in the postseason in his 40s, and that number is only going to increase.

When it comes to the greatest athlete to ever live debate, let’s engage in that the day Brady retires. However, when it comes to assessing who the greatest winner is in the history of the North American four major pro sports, that’s tough to argue against. That title goes to Brady, something Brady is synonymous with and always will be.