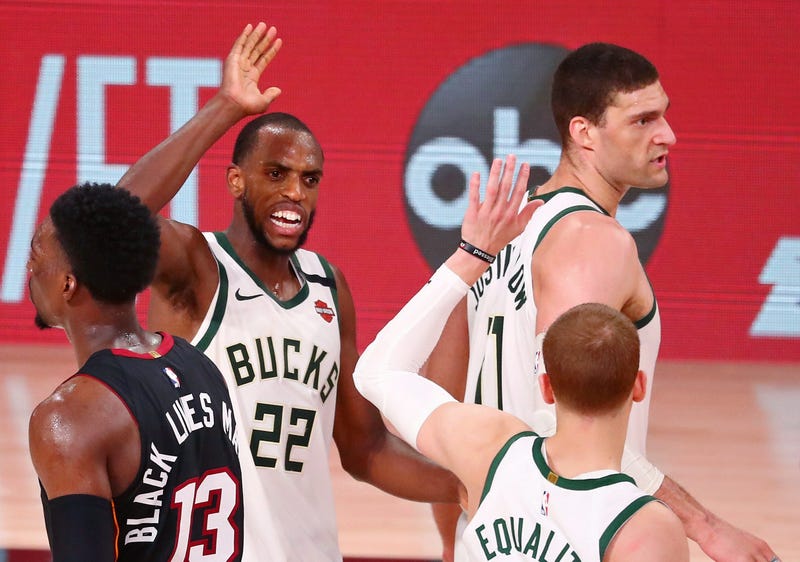 The Milwaukee Bucks, for the second straight season, finished with the best record in the NBA. They also have the (very likely) back-to-back regular-season MVP in Giannis Antetokounmpo. Last season in the Eastern Conference Finals, the Bucks were in OT of Game 3 against the Toronto Raptors, looking to take a commanding 3-0 lead. The Raptors, however, ended up winning the game in double-OT and would go on to win the next three games. It was certainly not the ending the Bucks envisioned for themselves. A lot of fans and analysts felt the Bucks underachieved but that it would be a necessary, teachable moment for them and that the 2020 season would be their time.

The rest of the NBA, especially Buck fans, knows the looming question surrounding Giannis is where he will end up in 2021 when he becomes a free agent. This topic was buzzing with opinions after Game 3, when it was almost a foregone conclusion that the Bucks would get swept. If Giannis does leave Milwaukee, many feel it will be because of one reason: NOT ENOUGH HELP.

This past Sunday, however, disproved that theory once and for all. In Game 4, Giannis exited early in the second quarter after aggravating his sprained right ankle. The Bucks couldn’t beat the Heat WITH Giannis; now they are definitely getting swept, right? Wrong. Including OT, the Bucks played nearly 40 minutes without Giannis, and Bucks forward Khris Middleton absolutely took over. He finished with 36 points, eight boards and eight assists. Just TWO other players have done that in an Eastern Conference semifinals game in the last THIRTY SEASONS: MJ and LeBron. Middleton outscored the Heat 21-19 by HIMSELF in the third quarter. The Heat’s best player, Jimmy Butler, had 17 points for the ENTIRE game. Middleton also had the GAME-HIGH in ASSISTS. In fact, he had as many assists as the rest of the Bucks starters combined. He also had more rebounds than any other Heat player outside of Bam Adebayo. Middleton laid it all on the line. His 48 minutes were the most minutes logged by any Bucks player all season, and he saved his absolute best for last. In OT, he outscored the Heat by HIMSELF, 9-8. The all-world performance for the Bucks in this series has not come from Giannis so far; it has come from Middleton.

This season would have been significantly more disappointing had the Bucks gotten swept, and there would have been a two-part narrative: one, Giannis doesn’t have enough help in Milwaukee, and two, where will he end up in 2021? You could hear from a mile away all the talk about Giannis’ impending 2021 free-agenct decision. The destination may be unknown, but it would circle back to he is definitely bolting from Milwaukee. Giannis is a cerebral, intelligent person on and off the court. He witnessed and took notes to what we were all privy too on Sunday. The Bucks absolutely have the Robin to Giannis’s Batman, and Middleton is more than up for the challenge. Giannis doesn’t have to be all-world each game in order for the Bucks to win – and that news must mean the WORLD to Milwaukee. Whatever happens to the Bucks in the remaining Bubble games is yet to be determined, but what can’t be questioned anymore is that Giannis doesn’t have enough help to win a title. Buck Fans can thank Mr. Middleton for that!