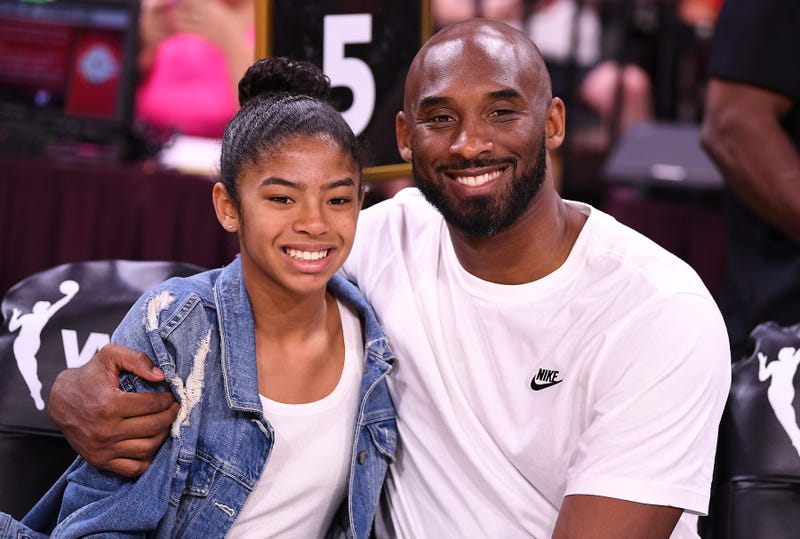 January 26th, 2020, is a day that any avid or even casual sports fan will never forget. Kobe Bryant, Gianna Bryant, Payton Chester, Sarah Chester, Christina Mauser, John Altobelli, Keri Autobelli, Alyssa Altobelli and pilot Ara Zobayan were all killed in a tragic Calabasas helicopter Crash. These were nine lives that were cut way too short, especially Gianna, Payton and Alyssa. Three young women who would not even make it to high school. In any other article, I would always preface Kobe with NBA legend. However, when it comes to commemorating Kobe on the one-year anniversary of his death, that wouldn’t be what truly embodies who he was and wouldn’t do the man’s life justice.

In his playing days, as talented and gifted as Kobe was, it was his excessive desire and relentless work ethic that created one of the greatest careers in NBA History. His desire to be great blew away his peers and even the older generations. The players from previous generations had a tough time relating to Kobe’s generation because of all the perks that came with being a modern-day athlete, yet they took no issue with Kobe. You truly get a sense of an individual in how former NBA players, coaches and executives talk about them behind closed doors. In the world of radio, this encompasses the show during the show, aka the commercial break. This is when the gloves truly come off. Do you want to know what was said about Kobe off the air while he was alive? You might be surprised….

These were players that were Naismith Hall of Famers, the highest accolade any player can achieve in the world of basketball. I have produced shows for individuals who have been a Coach of the Year in the NBA. I have also partnered with general managers who have won NBA titles at the executive level. What was fascinating was there was nothing negative that anybody had to say about Kobe. There were certainly commonalities in describing the first-ballot Hall of Famer.

First off, his work ethic was second to none. The hardest they have ever seen an individual work was when Kobe was in the gym NOT using a basketball. Second, he was very misunderstood. Who he was off the court was much different from who he was on it. On the court, he was ruthless, win-at-all-costs and often closed off. Off the court, he was very accessible to fans and even more so young NBA fans. The term genuinely good person applied to Kobe. There was an instance at an All-Star game when the NBA was very clear about how many minutes you could interview one of their superstars. Kobe would tell shows, “I’m here for as long as you need me.” He didn’t have to do that, and most athletes of his caliber wouldn’t, but Kobe understood that everybody wants to be great at their profession as well.

The last quality that came up regarding Kobe was how great of a dad he was. Everybody who encountered him knew Kobe was more than at peace with his NBA legacy for what he did both on and off the court. The only legacy that mattered to him was how he was as a dad to his four daughters: Natalia, Gianna, Bianka and Capri. Like his playing days, when it came to being a Dad, he constantly looked to improve and find different ways to help push, mold and love his four daughters. His second-oldest daughter, Gianna, loved the game of basketball, so Kobe took every opportunity to coach her.

What’s imperative to know is that he didn’t just coach Gianna; he decided to coach her entire team. He treated every girl that he coached like his own daughter while in the processes making sure that no favoritism was shown. It would have been so easy for Kobe just to pass on his knowledge and wisdom about the game to his child, but he felt he owed it to every single girl to give them the same tutelage afforded Gianna. He took it a step beyond that. If any person, even someone outside the world of basketball, wanted advice from Kobe on being a parent, Kobe made himself accessible to all. It didn’t matter if you were Michael Jordan or somebody working a 9-to-5 job that he never met. He became an open book with EVERYBODY. You will hear today about so many NBA players that came to Kobe on how to be a better dad, and Kobe would always oblige.

Kobe’s post-NBA career consisted of winning Oscars, launching a tech investing fund with a nine-figure amount and the potential of having any media job he wanted. But that is not what became his primary focus. The most impressive thing about Kobe was that while doing all this coaching and mentoring for thousands on a personal basis, never once would he publicize it; that wasn’t Kobe’s style.

When Kobe died, it truly felt like the world stopped for that day. Kobe’s work ethic on the court and then who he evolved into in his post-NBA career was truly awe-inspiring. Even the players who didn’t necessarily love Kobe’s tactics as an opponent were equally as crushed. This not only rocked all of his peers and the NBA community, but the media alike. I can’t remember a dry eye on the airwaves that day. I remember walking down the streets of New York City and could hear people visibly sobbing.

It didn’t matter whether you were a sports fan or not. Kobe was a father and an incredible one at that. This isn’t just exclusive to sports icons; human beings aren’t supposed to die at the age of 41. The end is supposed to be so much further in the future. You’re not supposed to leave behind a wife and three daughters that were seventeen, one and just recently born. We won’t get to see Kobe continue to help shape the game of basketball and help mold the next generation of female athletes for whom he was such a proponent. We won’t get to witness a man who truly love being a dad become a grandpa.

Kobe Bryant, like for so many of my friends, was my favorite athlete growing up. This was “The Mamba” for crying out loud. He was must-watch television as an NBA player, but what’s so unique about Kobe is he became a must-watch mentor. It didn’t matter whether you knew him from afar or for 41 years; he was one of life’s greatest teachers. The greatest lesson he gave to us all was how to embark on being an incredible dad and not just for his own children, but for all children. His focus became about something much bigger than himself. That’s what truly makes him an icon. Basketball just happened to be his platform and the conduit that enabled us all to see it.