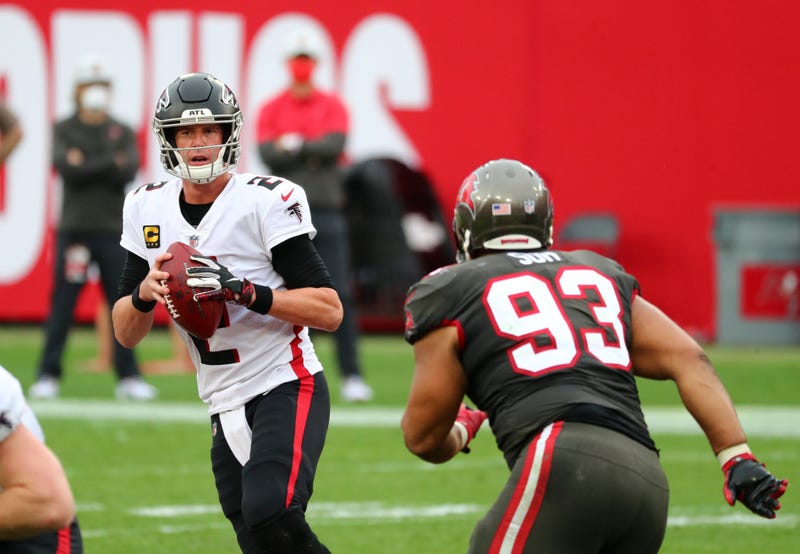 Matt Ryan has spent his entire career in Atlanta. The third overall pick in 2008, he is a four-time Pro Bowler and a former NFL MVP.

But it’s fair to wonder if his days in Atlanta are numbered, especially after Falcons owner Arthur Blank said that no players are “off limits” when it comes to trade negotiations this offseason.

Ultimately, will the Falcons move on from Ryan?

“Well, first, I think Arthur loves Matt Ryan,” former Falcons head coach Mike Smith said on Tiki & Tierney. “I think Arthur came out and said he’s going to let the head coach [Arthur Smith] make that decision, which I think is a good thing because that’s what you hire your coach to do. You hire them to let them coach, so I think he was basically making that statement for the new head coach so there wasn’t any preconceived ideas that, ‘Oh, Matt Ryan’s gotta be here.’”

Ryan completed 65.0 percent of his passes for 4,581 yards, 26 touchdowns and 11 interceptions this year, as Atlanta finished 4-12 and missed the playoffs for the third straight season.

Still, Smith believes that Ryan, who turns 36 in May, has plenty of gas left in the tank.

“I believe that Matt Ryan is going to have some fantastic years in the future,” he said. “We drafted him [with the third pick], and he’s special. He came in and we won double-digit games in year one, and we went to the playoffs in four out of the first five years. Matt was integral to that. He’s very cerebral. He’s a very good leader.”

Ryan had a career year in 2016, winning NFL MVP and leading the Falcons to an NFC championship.

“Of course when you come close and you don’t get it . . . then people start tagging you that you can’t win the big one,” Smith said. “It’s such a fine line. You fight your tail off and the ball bounces one way or something happens, somebody gets hurt, you make a small mistake that gets magnified – that’s what makes football so great. That’s why it’s so popular. You really don’t know what’s going to happen.

“But I believe Matt Ryan, he’s got lots of gas in the tank,” Smith continued. “He really does. He’s one heck of a competitor. That’s one thing that we saw when we drafted him. That was the thing when [former Falcons GM] Thomas [Dimitroff] and I had discussions. It was about his grit – and he has grit. You’ve got to do that to be a quarterback in the National Football League.”