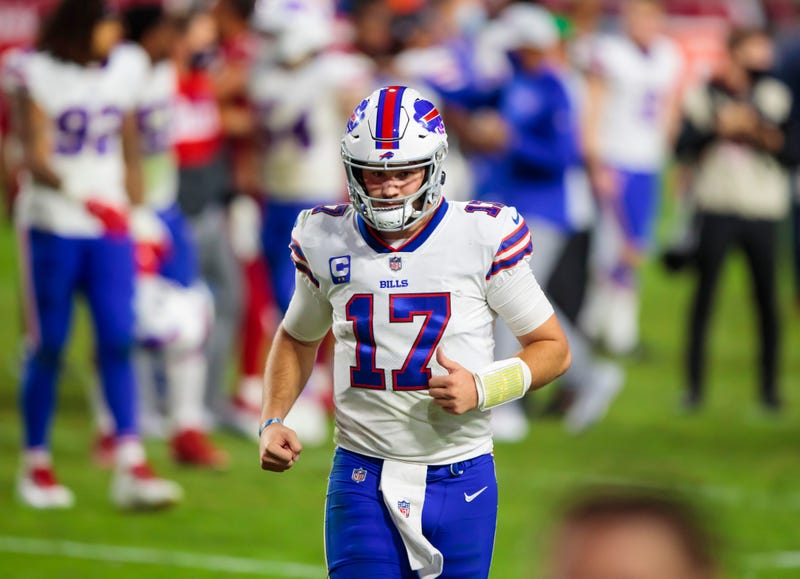 But the Bills don’t want it to end just yet. They want to beat the Kansas City Chiefs at Arrowhead Stadium.

Can they do it?

“Yeah, I think they’re built for it, there’s no question about it,” Bills great and NFL on CBS analyst Steve Tasker said on The DA Show. “Certainly the Bills will have to play closer to their very best than I think the Chiefs will. The Chiefs’ margin of error, I think, is bigger than the Buffalo Bills’. But I do think the Bills have enough bullets to get it done.”

The Bills came close to beating the Chiefs in Week 6, but ultimately lost 26-17. Still, they’ve won 11 of their last 12 games, including eight straight.

The only loss? The Hail Murray in Arizona over two months ago.

“I do think the Bills can beat the Chiefs,” Tasker said. “I do. The Chiefs are better probably top to bottom, but I do think the Bills have enough to get it done if they play their best. I think that’s the key. I think the Chiefs can play almost their best and can overcome a mistake or two along the way. The Bills need to play mistake-free, like they have in the playoffs. It’s been close games for the Bills, but they haven’t turned the football over and their defense has played lights-out and made timely plays.”

Like Taron Johnson's 101-yard pick-six in a 17-3 win over the Baltimore Ravens in the divisional round. The Chiefs, meanwhile, needed some late magic from Chad Henne to fend off the Cleveland Browns, 22-17.

“I think it will be a close game,” Tasker said. “I think the Bills are that good. But I still think you got to think the Chiefs are the team to beat, no question about it. But I think they are facing a team that has earned the right to face them. I’ve said it for about six weeks in Western New York: I think the Bills have been on a collision course with the Chiefs for about six weeks, and you could see this game coming down the tracks. The way the Bills finished the regular season, if they put it together, yes, they will beat the Chiefs.”