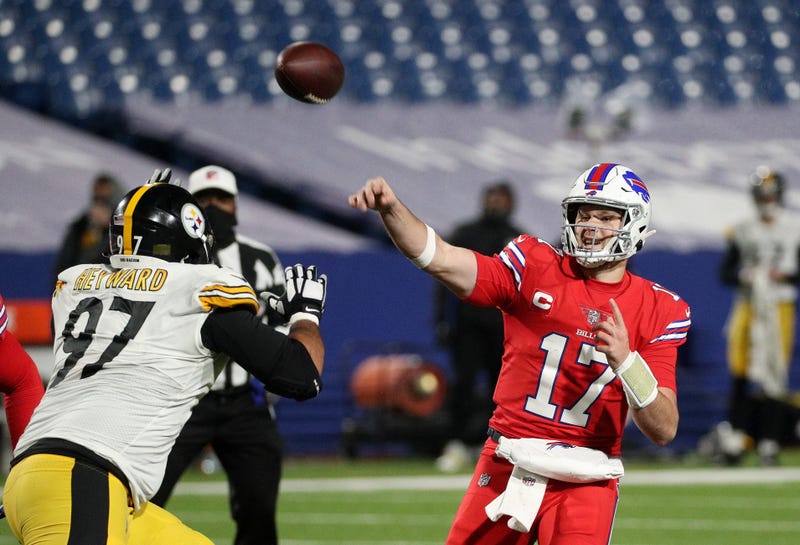 At 10-3, the Buffalo Bills have not only won three straight games, but are also in the driver’s seat for their first division title since 1995. The Bills lead the Miami Dolphins (8-5) by two games in the AFC East, as Buffalo has won six of its last seven overall.

“His progression from two years ago to this year, it’s been transformational,” former Bills All-Pro Steve Tasker told JR SportBrief. “The guy’s a completely different player. He’s gotten better. He’s still very polarizing for people because they just don’t believe he’s going to be consistently good because of where he started. When he [came] into the league, he had a long, long way to go. But he’s a smart kid, he’s a hardworking kid, he’s got loads of physical talent, and he has a goal that he wants to be one of the best quarterbacks in the league and he’s working towards it.”

But this year? This year, he has completed an eye-popping 68.6 percent of his passes for 3,641 yards, 28 touchdowns and nine interceptions. He’s also rushed for 350 yards and six scores. He has been, quite simply, incredible.

“He had so far to go that he made big jumps in improvement early on,” Tasker said. “Every week, even a casual fan could watch him make fewer mistakes: never make the same mistake twice, make a better play than he did the week before when it was an almost identical situation. He just did better week by week by week, and of course now here in his third season, he’s taken a quantum leap this last offseason during the pandemic. He’s completing passes at a rate that even his most ardent fans did not believe he would ever reach. So here we are, and he’s just a different player than he was just 24 months ago.”

The Bills play their next two games on the road against the Broncos (5-8) and Patriots (6-7) before finishing the season at home against Miami. Saturday’s kickoff against Denver is slated for 4:30 p.m. ET.