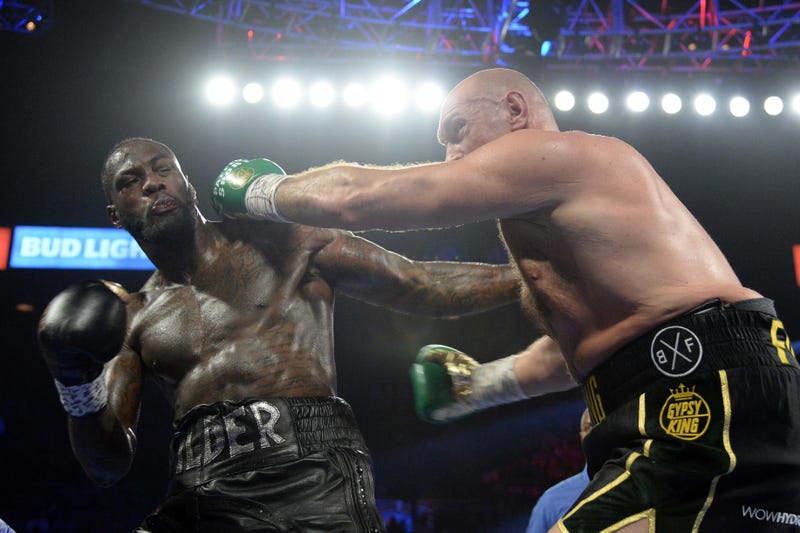 Deontay Wilder suffered the first loss of his career Saturday, falling to Tyson Fury after a seventh-round TKO, and his explanation for the loss was, well, less than ideal. Wilder attributed the loss to, among other factors, his 40-pound entrance costume, which he claims zapped him of his leg strength early in the fight.

“That [excuse is] on par with the dog ate my homework,” the legendary boxing analyst said on The Zach Gelb Show. “It’s right up there with that.”

Wilder (42-1-1) and Fury (30-0-1), perhaps the two best heavyweights in the world, fought to a draw in December 2018. They are evenly matched, which is why so many were taken aback by Wilder’s comments.

“Can we be gracious in defeat?” Atlas asked. “I’m not trying to knock him right now, but I think we have a right to talk about this because he opened the door for it – and if you’re going to talk, you talk honestly. Otherwise, what’s the sense? I’m not tying to be hurtful, but he had no problem when he was knocking guys out screaming, ‘Bomb Squad.’ He had no problem. Fine, okay, you got the right to do that. You won the fight. Can you be gracious now that you lost and just say you got beat? Can you just say he was the better man? Can we do that? ‘He was the better man tonight. I’m going to be better next time. I’m going to get my title back. But he was the better man tonight.’”

Wilder, to be fair, is not the only boxer who struggles being gracious in defeat.