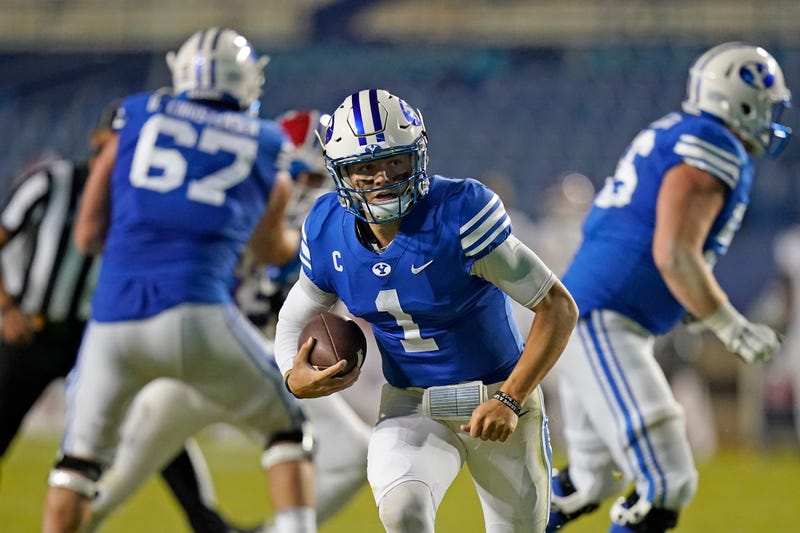 Well, Joe Theismann isn’t so sure. Sure, he’s a fan of Lawrence, but he’s also a fan of BYU quarterback Zach Wilson.

“They’re neck-and-neck as far as I’m concerned,” Theismann said on Reiter Than You. “I think Trevor is a big kid, runs a little bit like a Josh Allen. [He] can run the ball if you need to, which I don’t recommend because everybody at this level – you have 330-pounders who can run as fast as any running back.”

Wilson, meanwhile, was a little more under-the-radar in Provo, Utah – but not for Theismann.

“I watched him all year,” Theismann said. “He caught my eye early on and then I tried to watch as many BYU games as I could. He’s got great touch on the ball, he’s 6-3 – so he’s not a small guy – he has great athleticism and he can make all the throws.”

“He comes to me a bit more polished because of what he was able to do in college,” Theismann said. “Between Trevor and him, you maybe could flip a coin. My personal choice, from what I’ve seen, I think Zach is ready to be like a Joe Burrow. I think he’s ready to move to the next level and be able to do the things that they want out of that position.”