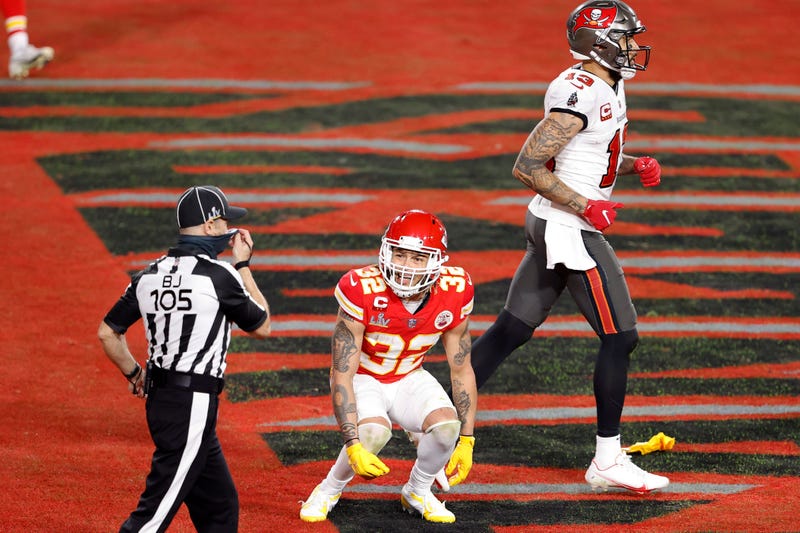 The Tampa Bay Buccaneers beat the Kansas City Chiefs, 31-9, in Super Bowl LV on Sunday, holding Patrick Mahomes out of the end zone and limiting KC to just three points in the second half.

It was a dominant performance – but the referees may have impacted the result.

Did officiating cost the Chiefs the game?

“Yeah, it did,” Tiki Barber said on Tiki & Tierney. “Not momentum – because they never really had momentum. It cost them the ability to stall the Bucs’ momentum.”

The penalties ranged from unnecessary roughness on defensive tackle Chris Jones to holding on cornerback Charvarius Ward, which overturned a Tyrann Mathieu interception.

The Chiefs were also flagged for offsides on a Ryan Succop field goal. The penalty gave the Bucs a first down, and Tom Brady hit Rob Gronkowski for a 17-yard touchdown on the very next play to make it 14-3.

It was all downhill from there.

“They were offsides. You could see it,” Barber said. “I didn’t notice it until they went back and showed it, but they were way offsides. The Tampa Bay Buccaneers are a team that, if you give them another shot, they score points.”