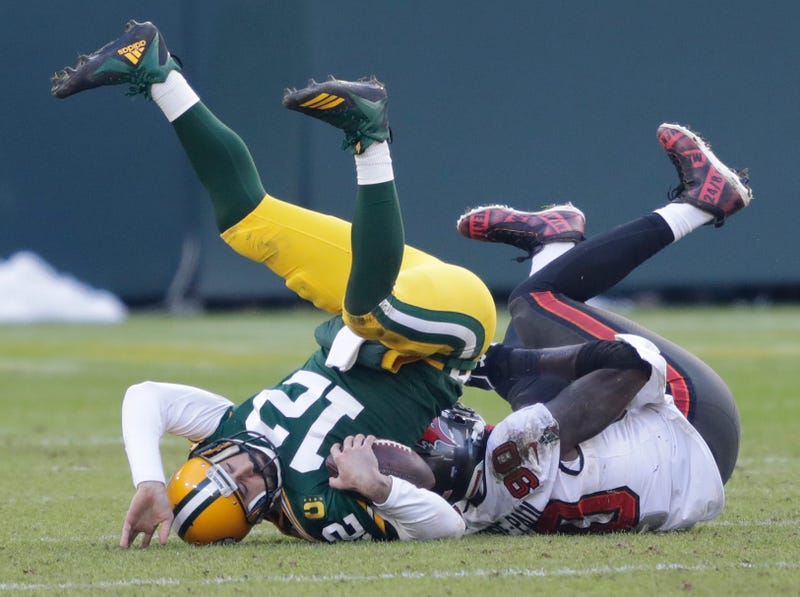 After losing to the Tampa Bay Buccaneers 31-26 in the NFC Championship on Sunday, Aaron Rodgers sat and answered questions about what went wrong. He said he was “gutted” by the loss and that it would “hurt for a while.” He also cast doubt on his future with the organization.

Surprised? Tiki Barber was not.

“The Green Bay Packers earned this,” Barber said on Tiki & Tierney. “They absolutely did. They’ve earned the seat to sit and listen to Aaron Rodgers express [disgruntlement] this offseason.”

Why is that, you ask? Simple. Rodgers led the Packers to the NFC Championship last season, only to watch Green Bay draft his replacement in the first round of the NFL Draft. That move could have divided the locker room, but Rodgers made sure it didn’t.

“He did exactly what he was supposed to do at the beginning of the year,” Barber said. “He smoothed over the Jordan Love draft [pick], he made it okay, he made it non-controversial, he laughed about it – he made it so it was perfectly fine.”

He also had one of the best seasons of his career, completing 70.7 percent of his passes for 4,299 yards, 48 touchdowns and five interceptions.

“He wins the MVP and takes his team to home-field advantage throughout the playoffs and they lose,” Barber said. “So now, he’s letting his real feelings come out. [The Packers] earned this.”

Rodgers finished 33-of-48 for 346 yards, three touchdowns and one interception against Tampa Bay, but the offense stalled twice in the red zone, including on the Packers’ final possession.

Ultimately, though, Barber believes Rodgers will stay in Green Bay.