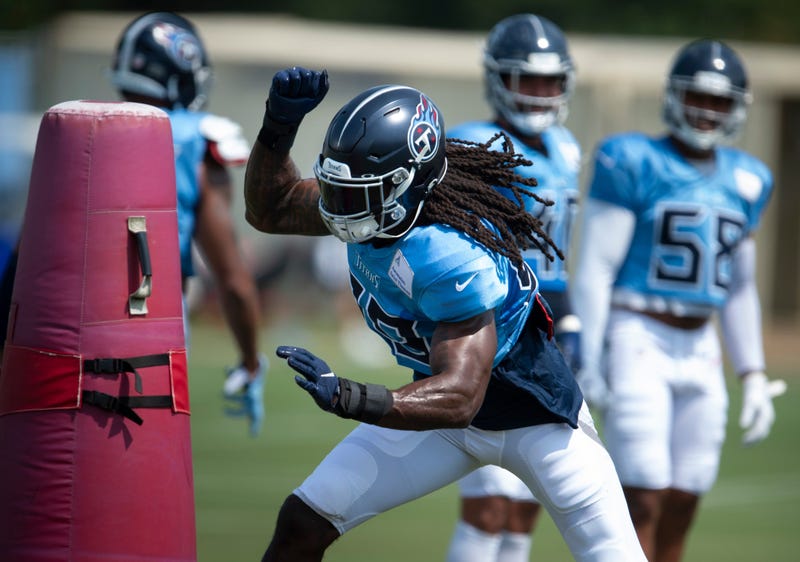 Jadeveon Clowney will make his Titans debut against the Broncos on Monday, and Denver’s offense needs to be prepared for the havoc that Clowney could unleash.

“Let me just tell you: Jadeveon Clowney is an O-Lineman’s worst nightmare,” Super Bowl champion and NFL Network analyst Shaun O’Hara said on The DA Show. “He’s one of those guys where you come in on Wednesday and it’s like, ‘Okay, let’s look at the game plan. We’re installing some offensive stuff. What are we going to do to handle this guy?’ Not every team has a guy like that, but Clowney is so much more than, ‘We’ve got to figure out where he’s at on third down [because] he’s a ferocious pass-rusher.’ This guy, on first and second down, will completely ruin your run game. He is unpredictable. He will demolish a tight end if he’s one-on-one. If you try to block him on the perimeter with a tight end by himself, game over. That’s a tackle for a loss. He is so wiggly. For as big as he is, and as long of arms as he has, he has such great movement.”

Clowney, the No. 1 overall pick in 2014, spent five seasons in Houston, where he learned the tricks of the trade from three-time Defensive Player of the Year J.J. Watt.

“If you were watching [the Texans/Chiefs game] last night, when they were highlighting J.J. Watt, even on plays when he didn’t make the sack, J.J. Watt was swimming a guy, back-dooring a guy – that’s where Jadeveon Clowney learned a lot of these tricks,” O’Hara said. “Early on in his career, when he was drafted by the Texans, he played next to J.J. Watt. Imagine both of these guys on the same D-Line. That’s the kind of player they’re getting in Tennessee.”

Clowney will be reunited with Titans head coach Mike Vrabel, who served as Houston’s linebackers coach in 2014-16 and defensive coordinator in 2017.

“I played against him, he’s a friend of mine, I’ve known him for a long time – he’s got a great mind,” O’Hara said of Vrabel. “Clowney’s most productive years in the league were with Mike Vrabel, so I have no doubt that they’re going to find a way to interject him immediately.”