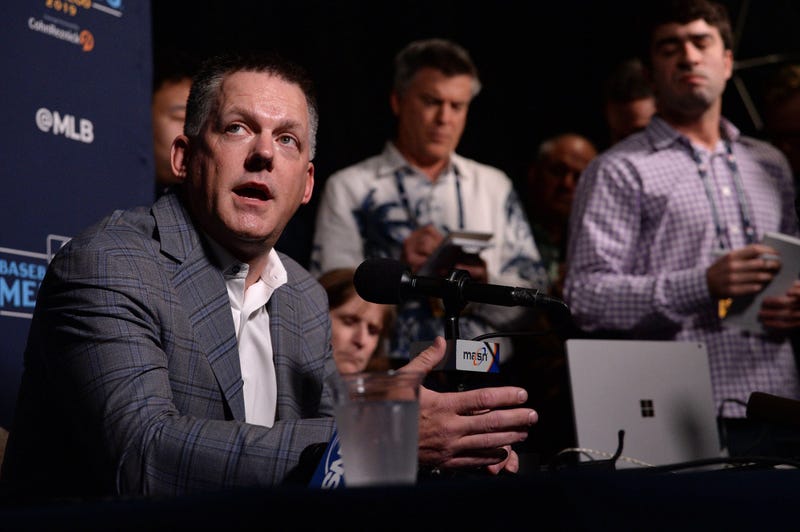 “I thought he was anxious,” Verducci said on The Zach Gelb Show. “I could tell it was a big day for him. I think at the end of it, it seemed to me anyway, he felt some relief. I’m sure this has been something on his mind for a long time knowing ever since he was suspended and then subsequently fired that he would have to take some accountability. So I did sense some anxiety.”

During the interview, Hinch revealed when he learned of the scheme, why he didn’t stop it, his emotional meeting with Astros owner Jim Crane, his thoughts on whistleblower Mike Fiers, and his future plans, among other topics.

“It didn’t matter where I went: everything he brought back to his personal accountability and responsibility,” Verducci said. “So that was definitely the theme I took away from it: we finally had someone connected with the scandal who’s taking some ownership.”

Hinch said he didn’t like what his players were doing, yet he failed to stop it. That, more than anything, is why he lost his job.

“That’s why he’s not in baseball this year, no question about that,” Verducci said. “It’s one thing to disapprove of something, but as the leader of the team, you have to step in and tell them, ‘Hey, guys, knock it off.’ . . . You have a responsibility beyond the players. It’s sort of like a parent and a kid. As a parent, you create the culture and you have to take the responsibility for how you raise your kids. I don’t agree with the players being totally off the hook here as far as responsibility. I still think those guys need to step up and own it, too. But there’s no question the general manager and the manager have ultimate responsibility.”

Click below to listen to Verducci’s interview in its entirety.