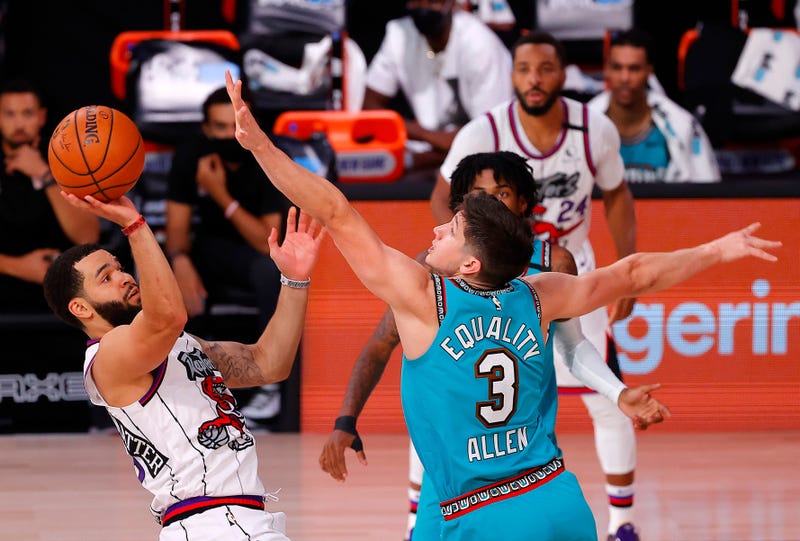 Last year, Kawhi Leonard led the Toronto Raptors to an NBA title – their first in franchise history. But when he bolted for the Clippers in free agency, many assumed the Raptors would take a significant step back.

Well, they didn’t. In fact, the Raptors’ .736 regular-season winning percentage this year was better than last year’s .707.

Which team is better: the title-winning 2019 squad, or the still-dominant 2020 squad?

“Last year’s team was better, but not by a meaningful margin,” Yahoo NBA analyst Keith Smith said on After Hours with Amy Lawrence. “This year’s team is really, really good. They’ve been my favorite story in the league. It would have been very easy for Masai Ujiri to say, ‘Let’s blow this thing up. Let’s move on from the vets and we’ll build around [Pascal] Siakam and go from there.’ But they said, ‘No, we’ve got proud vets here. We’re going to run this back. We’re going to defend our championship.’ You have to love that attitude from that group. They are so smart, and they’re so together. I don’t know that there’s a team in the playoffs that knows exactly who they are more than the Toronto Raptors.”

The Raptors beat the Nets, 134-110, in their playoff opener Monday. All five starters hit double figures, including Fred VanVleet, who shot 8-of-10 from three-point range en route to scoring a game-high 30 points.

Yes, even without Leonard, the Raptors have been clicking on all cylinders.

“That’s a credit from the top to the very bottom of the organization,” Smith said. “They are all fully bought in to, ‘Hey, we’re still the champs, we’re going to defend this thing, and you’re going to have to take it from us.’”

Raptors coach Nick Nurse deserves a lot of credit for winning at a high clip despite losing one of the best players in the league.

“Nick Nurse will run more things game-to-game that is specific for that game than any coach in the NBA,” Smith said. “Most teams in the regular season, and that even included the seeding games in the bubble, you’re more focused on yourself: ‘This is what we do defensively. This is what we do offensively.’ But because Nick Nurse has a very smart, very veteran-laden group, he can really game-plan for each opponent, and that’s made a huge difference for them in the regular season. That’s allowed them to play through a ton of injuries and stay really competitive despite guys missing a lot of time.”