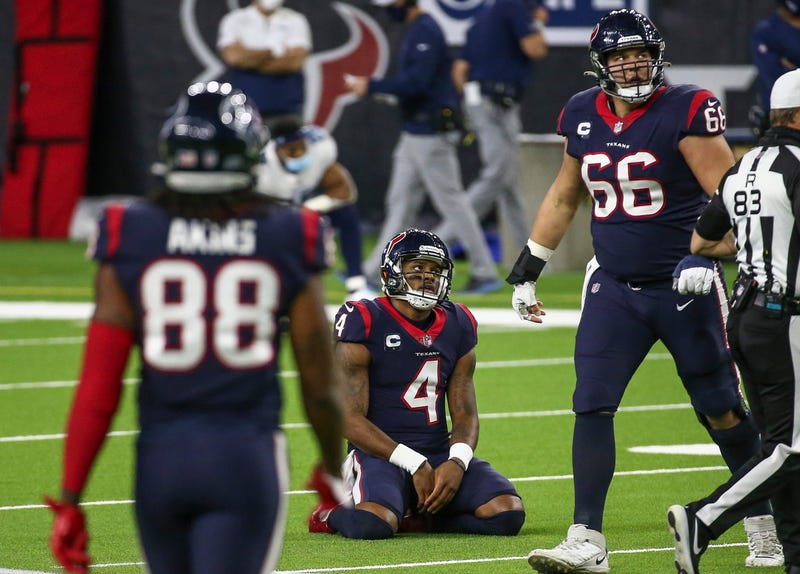 It remains to be seen if the Houston Texans can salvage their relationship with Deshaun Watson, but if they can’t, Watson could be on the move this offseason.

“He has a no-trade clause, so you get his list of teams that [he’s willing to go to],” Pro Football Talk NFL writer Charean Williams said on After Hours with Amy Lawrence. “Well, first you try to repair the relationship, and none of us knows – and I don’t even know if the Texans know – whether it’s repairable or not at this point. But if you can repair that relationship, you certainly want to do that. I think we all would agree that Deshaun Watson is a top-10 quarterback in this league. Those guys, those franchise quarterback, there’s only a handful of them. They don’t grow on trees.”

Watson threw for a league-high 4,823 yards this season and had 36 touchdowns (33 pass, 3 rush) to just seven interceptions.

Williams said the Texans would be “crazy” to trade Watson.

“You want to do whatever you can to make him happy – and maybe that’s hiring Eric Bieniemy,” she said. “But I certainly would go to him and say, ‘What do we need to do here? How can we repair this relationship?’ That’s No. 1. But if it’s not salvageable, if he says, ‘No, I need a trade,’ you go to him and say, ‘Give us a list of the teams that you would go to,’ and then you have a bidding war among those teams. Then you take the best offer you can get for him.”

If the Texans do trade Watson, they would likely need, for example, Tua Tagovailoa or Matthew Stafford – plus a boatload of draft picks.

“I think you’re definitely getting their starting quarterback plus multiple draft picks,” Williams said. “It would take an awful lot. It would rank right up there with the Herschel Walker trade as one of the biggest trades in NFL history. We’ve seen a handful of those trades, and I think that would qualify as one of them because it would take an awful lot to get him from the Texans.”

Ultimately, Williams believes the Texans should keep the 25-year-old Watson and build around them, even though that might take several years.

“You don’t trade a top-10 quarterback ever,” she said. “I just think that’s a dumb idea. If I’m the Texans, I’m doing whatever I can to salvage that relationship.”