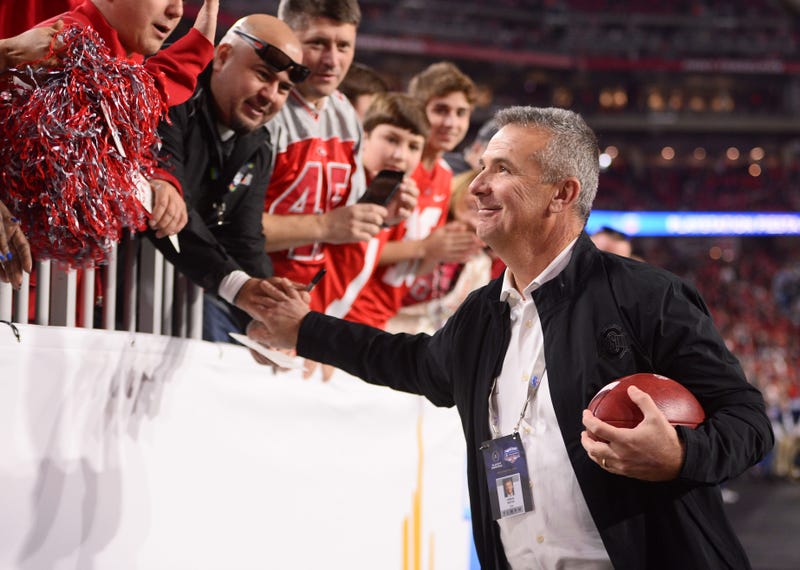 The Jaguars finished 1-15 this past season and have the No. 1 pick in the NFL Draft. They also have a ton of cap space.

“I said early on that Jacksonville was one of the best spots to be in if you’re a coach or a general manager because of the number of draft picks they had and the fact that they have the No. 1 overall pick,” former Pro Bowl quarterback Trent Green said on The Zach Gelb Show. “They also have the most cap space of any team. It has yet to be determined what the cap will be because of all the financial issues this year, but however it plays out, they’re going to have the most space. So it’s a good situation to be in.”

Meyer, 56, is one of the most accomplished coaches in college football history. He went 187-32 in 17 seasons, including 83-9 at Ohio State, and won three national titles: two with the Florida Gators and one with the Buckeyes.

But will he succeed in the NFL?

“I don’t know how Urban is going to do,” Green said. “I always have this fear about college coaches transitioning into the NFL, but I think the thing that has happened here – and we’ve seen it over the last couple of seasons – college offenses have infiltrated into the NFL gradually over the last few seasons with the RPO stuff and a lot more of the shotgun, a lot more throwing, a lot more offensive-driven football, which has had a grasp on college football for awhile. So I think because of that, there’s a better opportunity for college coaches to come in and have success because of the way the NFL game has changed in recent years.”

While there are on-field parallels between college football and the NFL, the locker room is decidedly different. Green, who played 15 NFL seasons, can certainly attest to that.

“Well, you have to talk to [players] differently,” Green said. “There’s definitely a different way that you address the team. You’re not having 17-, 18-year-olds; in the NFL, you could have anybody from 20 years old all the way up to Tom Brady at 43. It’s a different group you’re talking to. And it’s also a job. It’s a different type of motivation. Guys are fighting for the livelihood of supporting their families as opposed to college [where] the majority of guys are there to get a degree and hopefully have a good experience in football.

“There’s only a small percentage of guys that are playing football at the college level that are even going to have an opportunity to play at the NFL level, let alone make a team or start for an NFL team,” Green continued. “So it’s substantially different in how you address them and how you talk to them and how you motivate them. It is quite a bit different.”