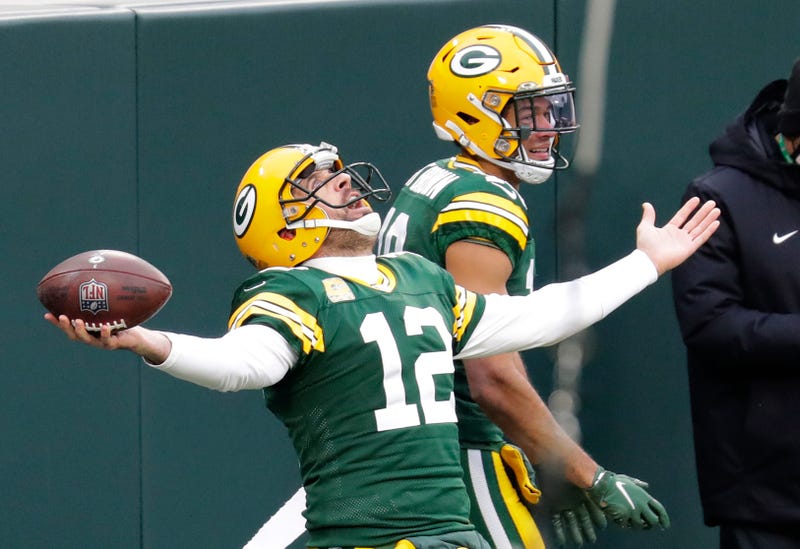 Cold Open    Andy Reid is in the history books, again. Before the Chiefs won on Sunday,a only one other team had hosted three straight Conference Championship Games. That team was Andy Reid's Eagles. Yes, not even Bill Belichick has navigated seasons where his team hosted a title game three straight times and Reid has now done it twice.     Patrick Mahomes is obviously the biggest reason why the Chiefs have been able to do this, but Sunday's win over the Browns was a real hat tip to Reid. When Mahomes went down, it would have been easy to see the entire Chiefs offensive operation shut down, yet it did not. Chad Henne stepped in and hit Travis Kelce for a long connection, and he spread the ball to his receivers. Sure, he had one unacceptable back-breaking interception, but for the most part, Chad Henne looked as prepared as any backup quarterback has ever looked coming off the bench. That is a testament to Andy Reid and the work he puts in all week. He had so much belief in Henne that he even had him throw to Tyreek Hill on a gutsy 4th-down call. The call was probably still the wrong one to make and a number of things could have gone awry, but it worked. Andy Reid still may not be able to figure out wearing a mask that looks right on him in a pandemic, but he has changed the narrative around him as a head coach in Kansas City.

1-Drew Brees’ rocky ending should come as no surprise, even if you believed the Saints would win Sunday. The Saints have been smoke and mirrors for two years now covering up Brees' declining ability. Need a big play? Get Taysom Hill in the game. Need another big play? Hope Kamara breaks a long run. His decision-making had never looked worse, but the Saints kept winning – that is, until Sunday, when his three interceptions were back-breakers. Yet, the Saints were still built to survive those interceptions had Jared Cook not fumbled the ball to change everything.

2-Tom Brady exhaustion is real for me. This isn't the Patriots but it sure feels like it, even as Rob Gronkowski can barely hobble down a field anymore. A Super model wife, six rings, and now the potential of being the only quarterback to lead his team to play in a home Super Bowl? I'm good on all of that.

3-The Saints will likely be a bottom-feeder in the NFC next season, and it isn't because Drew Brees is leaving. With the cap not increasing due to financial losses by the NFL in the pandemic, the Saints stand to be a ridiculous 100 million dollars over the cap. Many familiar faces like Cam Jordan and others likely will be cast off. Taysom Hill may be the man in New Orleans, but outside of Alvin Kamara will anyone we have grown so used to seeing be left? This includes Michael Thomas, who could also be traded.

4-Give Bruce Arians credit. Just 18 months ago, some thought he was taking the Bucs job as a work-while-retired stint in Florida. He didn't put his feet up. Instead, he made his team attractive to Tom Brady – and thus, attractive to other free agents. All while reviving careers of Shaq Barrett and Jason Pierre-Paul. Arians now has unfinished business after tasting an NFC Championship Game five years ago with Carson Palmer and the Cardinals.

5-Sean McVay not committing to Jared Goff is telling, but his contract is immovable. Having Goff removed from the roster would be crippling to the Rams’ salary cap, especially with the cap not increasing. But, Goff's inability to improve after getting his contract while playing for an offensive wizard like McVay has to be embarrassing a bit for McVay. Having a great defense is ideal in the NFL, but having your defense be so much more of a stronger unit than the offense a head coach has his finger prints all over has to be frustrating. Goff is a bad reflection on McVay, and McVay knows this.

6-Aaron Rodgers can look at Drew Brees and, for that matter, Tom Brady throwing for less than 200 yards Saturday to understand the moment he will be in Sunday may be few and far between after this season or next season. Brady looks like he is throwing ducks; Brees arm was shot. Rodgers is not that far off age-wise. I will enjoy this week and perhaps the Super Bowl because on simple talent, Rodgers may be the most talented quarterback I have ever seen, even if on a full body of work he has not had the career of Tom Brady and Peyton Manning.

7-Speaking of aging quarterbacks, Philip Rivers has decided to retire. I for one am a little surprised. The Colts were a playoff team and built with a great run game, offensive line, and defense that Rivers may have had a shot to be hidden a bit and game-manage his way to one more playoff run. Nonetheless, he will get plenty of Hall of Fame consideration despite the fact he came up short far too much compared to his peers.

8-How fun is it watching the Buffalo Bills go to an AFC Championship Game? It is refreshing in sports to see new fan bases, or old fan bases that haven't tasted success in forever, be involved. The Patriots fatigue was suffocating. Now, if franchises like the Bills, Dolphins, Jaguars, Chargers, and others who have good young quarterbacks get trips to this spot, it will be healthy for the league.

9-Overall, the touchback rule the Browns lost enormous points on needs tweaking. However, it does make sense. I have been a big proponent of not giving the ball to the defensive team via touchback, but my opinion has been swung in debate all week. The fact is that the end zone is NOT neutral territory. There must be some punishment for sticking your hand out carefree to get a touchdown. Heck, there are enough rules making getting a touchdown easier than it should probably be. You are taught to protect your end zone, protect your house. If an opponent drops the ball in your house and it goes in the backyard you keep the ball. The rule is not perfect, but it makes more sense than people take the time to think about.

10-Robert Saleh is taking the Jets job, and it is perfect for him. After just six wins, Joe Judge and his no-nonsense approach have made him look like a hero in New York. Saleh carries many of those same characteristics. The Jets have cap space, a ton of picks, and the second overall pick to turn around fast. Following Adam Gase is like following a bad comic on stage. He is bound to be loved.

A pocket-burning 0-3 shook me to my core this past weekend. Though I still believe had Patrick Mahomes not gotten hurt the Chiefs would have covered. I am now 31-24-2 on the year. For this week:

Packers -3 vs Bucs: Tom Brady threw for less than 200 yards and needed a whole bunch of Saints turnovers to get to the NFC Championship Game. He led a Bucs team and offense that probably would have lost to any capable Wild Card opponent had it not been Washington. Maybe I am being a hater, but I have found the Bucs’ ride here to be smoke and mirrors, and hey, who needs more luck in life than Tom Brady does? Aaron Rodgers has been on a mission since Jordan Love's name was called at the NFL Draft. A week ago, I made the mistake of thinking the Rams could pick off Green Bay. I will not make that mistake here. The Packers will not turn into a turnover mess like they were in the first meeting between these teams. The Packers win this game comfortably.
Chiefs -3 vs Bills:  I am jumping on this game without knowing 100 percent that Patrick Mahomes will play. Though, you should probably wait until Sunday to place your bet because as Tim Grunhard reminded us on The DA Show this week, Mahomes could wake up with headaches and be pulled on game day. Going on the assumption he will play, I still expect this to be a wild game where the Bills have plenty of moments where they prove they belong. They will not be intimidated by this moment, but I do believe the run ends here and their defense will not have enough to stop the air attack of the Chiefs. The rainy weather forecasted makes me believe in the Chiefs passing game even more. Defensive backs slipping trying to cover Hardman and Hill will be more than common. Mahomes can whip the ball in a monsoon as well as he can in dry weather. Chiefs win by a touchdown.

Football Food of the Week

Philly Cheesesteak Quesadillas.  Look, if you have read this column and listened to the show you know I love cheesesteaks and I have dropped different variations throughout the years in this column. A dip, sliders, cheesesteak covered fries – all of those have made their way in here. Not trying to put the goodness of a cheesesteak inside a quesadilla is my fault and I need to own that.

Purchase some thin steak, steak-umm, whatever is your cheesesteak go-to. The cheese is up to you, classic Philly Cheez-wiz works, white American works, provolone works. Take some chopped-up steak and some chopped onion with a hint of garlic powder, salt and pepper in a frying pan. Once done, evenly spread out your steak and onion combo onto flour tortillas, topping the steak off with the cheese you chose. Fold over the tortillas so that the cheesesteak is stuffed in like a pocket.

The way you cook the stuffed tortillas is up to you as well. Some may choose a panini press, but I simply bake them on a baking sheet in the oven at 350 degrees for approximately 8-10 minutes or until firm and brown.

Serve with a side of sour cream and enjoy.