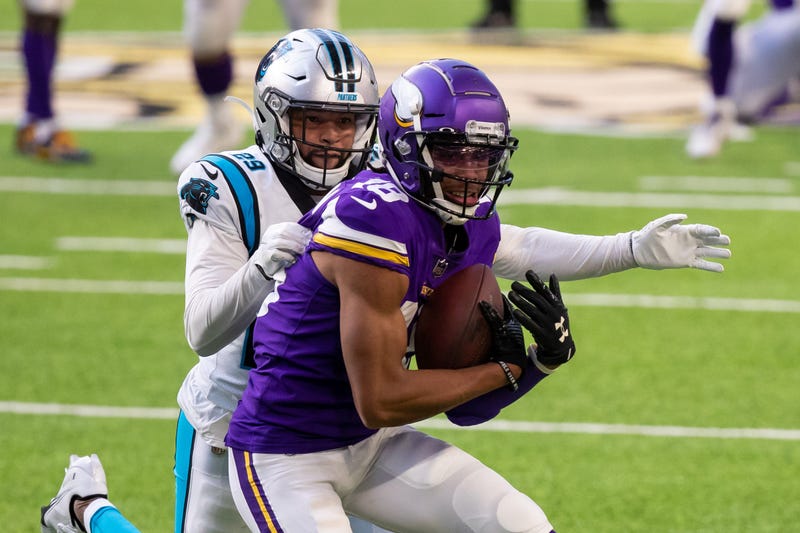 Minnesota Vikings star Justin Jefferson has been the best rookie wide receiver – if not the best rookie, period – in the NFL this season. There’s just one problem: the former LSU standout was the fifth wide receiver off the board in the 2020 NFL Draft. In fact, he went 22nd overall – one pick after the Philadelphia Eagles took Jalen Reagor.

At the time, Jefferson wasn’t too happy about that. But he insists he’s let it go.

“No, it’s over with,” Jefferson said on The Zach Gelb Show. “It’s time to move on from that. Now I got better things to look at, just fighting for a Super Bowl and . . . fighting [for] the playoffs and . . . competing [for] the record and everything. I’m not really too [worried] about Philly anymore. I have other things to be worried about.”

Jefferson, 21, has been a revelation for the Vikings (6-6). He has 61 catches for 1,039 yards and seven touchdowns in 12 games this season and has formed quite the one-two punch with veteran Adam Thielen.

“I didn’t think I was going to do this well my first year, but all of the work that I have been putting in, all of the things that I have been going through in order to get here, has been paying off,” Jefferson said. “I’m just so excited to have this type of season. Many more is to come, really.”

Reagor, meanwhile, has 20 catches for 256 yards and one touchdown in seven games. Jefferson has more than that (27-412-4) over the last month.

How did so many teams pass on him?

“I knew that a lot of people didn’t believe in my outside ability,” Jefferson said. “They [saw] me play slot a lot last year, so they didn’t think that I was going to be the outside receiver they were looking for. So I just really wanted to prove to everybody that I am that versatile receiver and I’m able to do slot and outside.”

Saints wide receiver Michael Thomas, who last year set an NFL record with 149 receptions, believes Jefferson should win Rookie of the Year. A wide receiver has not won the award since Odell Beckham Jr. in 2014.