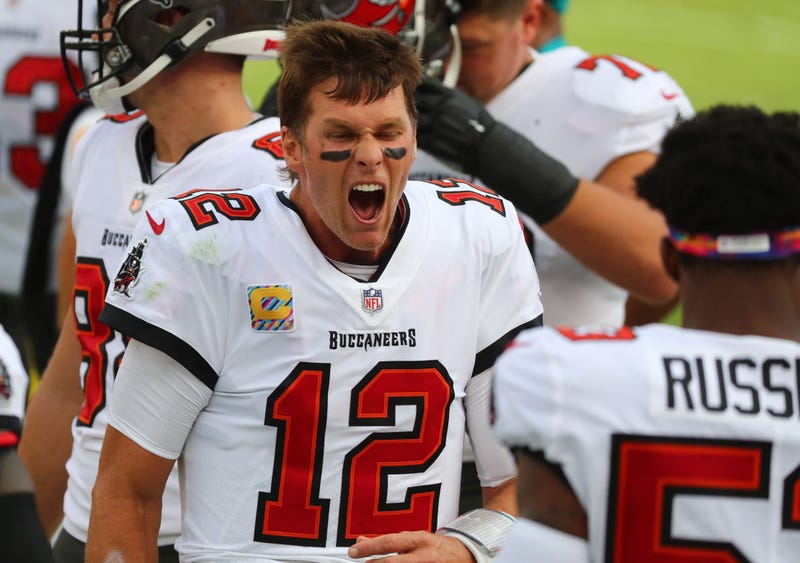 Since Tom Brady left New England for Tampa Bay, the Patriots and Buccaneers have gone on divergent paths. The Patriots (2-3) are below .500 after five games for the first time since 2002, while the Buccaneers (4-2) are atop the NFC South, a division they haven’t won since 2007.

Was changing teams this late in his career the right move for Brady? Hall of Fame quarterback Warren Moon says yes.

“I really do think that he made the right decision,” Moon told JR SportBrief. “He’s going somewhere where they have great talent around him, great wide receivers in Chris Godwin and Mike Evans. He has good tight ends; [Rob] Gronkowski comes there, a guy that he’s very, very familiar with. The running backs have been very good, and the offensive line, they really beefed that up in the offseason as well. But the thing I’m more encouraged about is their defense.”

The Buccaneers lead the league in total defense and rush defense, are second in takeaways (11), and rank eighth in scoring defense (20.3 points per game allowed). That unit dominated the Green Bay Packers this past Sunday, limiting Aaron Rodgers to 160 passing yards and forcing two interceptions and four sacks in a 38-10 win.

“Their defense was one of the best defenses in the league over the last seven [games] last year, and we saw what they did the other day to Green Bay,” Moon said. “This is a defense that can be smothering. They bring a lot of pressure. If their defense is playing well and if you’ve got Tom Brady – who’s going to be efficient, he’s going to take care of the football – this is a very dangerous team going forward as they get to know each other a little bit better.”

Brady has completed 64.1 percent of his passes for 1,541 yards, 14 touchdowns and four interceptions this season. The Buccaneers play the Las Vegas Raiders (3-2) on the road this Sunday at 8:20 p.m. ET.