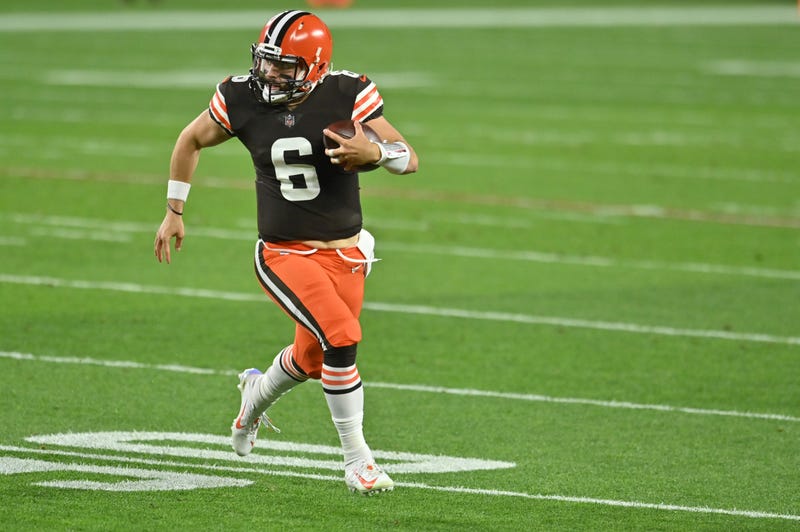 After losing to the Baltimore Ravens 38-6 in Week 1, Baker Mayfield and the Cleveland Browns had four days to show the NFL world what they were made of.

What they showed was, well, pretty darn impressive.

The Browns beat the Bengals 35-30 on Thursday, as Mayfield finished 16-of-23 for 219 yards and two scores, including a 43-yard touchdown strike to Odell Beckham Jr.

The Browns, who had lost four straight games dating back to last season, suddenly have a spring in their step.

“That was secretly the biggest game of Baker Mayfield’s career,” CBS Sports NFL writer Will Brinson said on Reiter Than You. “That’s such a huge overreaction, but it’s just sort of how the NFL world works. If he doesn’t beat Joe Burrow in Week 2 of the 2020 season, you just feel like, as a Browns fan, ‘We had the No. 1 overall pick, we felt like we had all this talent, we were a reasonable Super Bowl contender last year and now all of a sudden we’re the worst team by far in the division – it’s a disaster.’”

That, however, is not the narrative from last night. The narrative – or better yet, the reality – is Cleveland's defense harassed Joe Burrow for four quarters, and Nick Chubb and Kareem Hunt ran wild on the Bengals, rushing 32 times for 210 yards (6.6 yards per carry) and three touchdowns.

It all amounted to Kevin Stefanski’s first win as an NFL coach.

“Instead, now you’re like, ‘Okay, Baker looks like he can cook again. We needed that one,’” Brinson said. “Stefanski looks like he can coach. He seems like he knows what he’s doing. Baker is cooking on offense again. Odell came back and played really well. Nick Chubb looks awesome. He and Kareem Hunt combine for the best 1-2 punch at running back in football. . . . You start to get a sense of, okay, this is a team that can be a viable contender and play well throughout the season. We’re not going to be this team that [lost] 38-6 against the Ravens in Week 1."