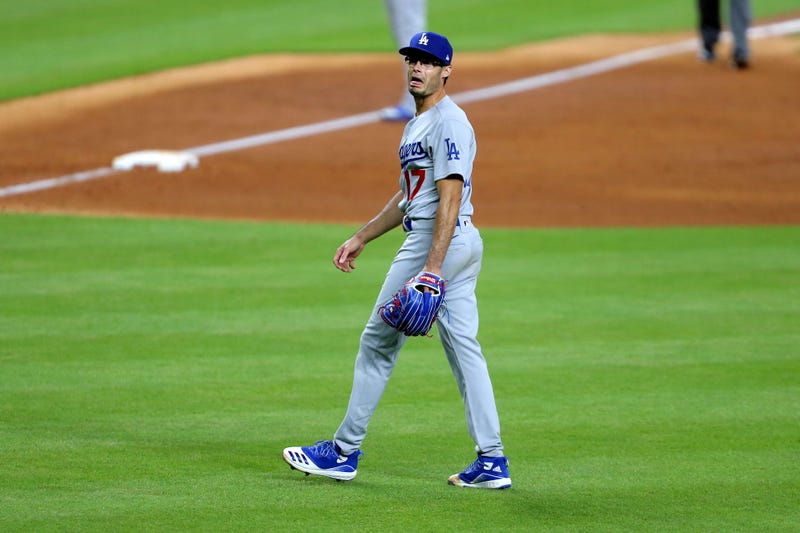 Major League Baseball suspended Dodgers pitcher Joe Kelly for eight games for his antics against the Astros on Tuesday, and Will Middlebrooks could not disagree more with the suspension.

“The suspension was absolutely terrible,” Middlebrooks said on The Zach Gelb Show. “Eight games? For not even hitting a guy? You’re giving him eight more games than you gave players who admitted to cheating in baseball. I’m sorry, that just doesn’t add up to me.”

Kelly threw a fastball behind Alex Bregman’s head and a slider above Carlos Correa’s head. He also taunted Correa after the at-bat.

Middlebrooks, who played with Kelly in Boston in 2014, wasn’t surprised.

“He loves stuff like that,” Middlebrooks said. “In the most respectful way possible, he’s a psychopath. But you want him on your team because now that he’s on that team – I know he wasn’t then – but he feels the anger from his teammates and feels like he should police it. This goes beyond just the Dodgers. They cheated a lot of teams. It cost the Dodgers a ring, but they cheated a lot of teams. Houston played against Boston that year as well.”

“I’ve had issues with [Rob] Manfred and how everything was handled the past few months,” Middlebrooks said. “He had a chance to get a little bit of respect back from the players and the players union by letting them police the game. The commissioner’s office clearly did not police that situation very well. They fired some people and have A.J. Hinch out of the game for now. But the players that were actually cheating never paid a penalty.”

Manfred likely issued a harsh punishment to send a message to other teams: Do not hit the Astros. No one wants to see a brawl during a pandemic.

“Nobody wants to see cheating in baseball, either, especially the players who are out there competing back and forth,” Middlebrooks said. “No one hates that more than the players, what happened with the Houston Astros. But this is just him trying to scare people from throwing at Houston or deter them from doing that. I understand that.”

Middlebrooks would love to see Kelly face the Astros again. The two teams are slated to square off again Sept. 12-13 in Los Angeles.

“He throws 100 miles an hour, and he’s always had control issues, so it’s uncomfortable anyways,” Middlebrooks said. “But just to know that he’s a crazy person and he really doesn’t care – he was not aiming low, either. I will say I don’t like that. I don’t like it above the shoulders. Go in the rear or the rib cage and you’ll get your point across. You don’t want career-ending injuries hitting guys in the face or the head.”

Middlebrooks, for what it’s worth, isn’t convinced that the high slider at Correa’s head was intentional.

“Not many pitchers, even at the big league level, can control a slider good enough to throw it at someone’s face,” Middlebrooks said. “That was a backup slider. That was a mistake.”

But the faces that Kelly made toward Correa? Yeah, those were intentional.

“That showed me that Joe had a plan and he wanted to get under some skin,” Middlebrooks said. “He wanted to let them know, ‘Hey, we didn’t forget about this.’ He made that very, very clear by saying what he said when he struck him out and obviously making the faces, which I thought was pretty funny. He could have fought him if he wanted to, but he just was like, ‘Why would I do this? I struck you out?’ He probably honestly thought, ‘I’m not going to get fined for this. I didn’t hit anyone. I walked off the mound and something that could have been a fight [wasn’t].’

“We’ve seen him [fight] with Tyler Austin,” Middlebrooks continued. “He’s not scared to fight. We know that. He’s got that in him. I really think if the commissioner’s office called the Dodgers and talked to Joe Kelly and then the team and said, ‘Look, we’re not going to suspend you, you made your point, we have bigger issues to deal with, that’s it, no more’ – I think that would have been the perfect reaction. But that’s not how Manfred does things.”